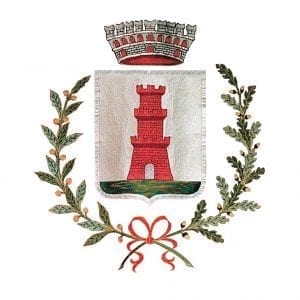 The name Monte Castello derives from the typical medieval fortress built on top of the hill, while the addition of the word Vibio dates back to 1863 when, by royal decree, municipalities had to take on new names in order to distinguish themselves, after the Unification of Italy, from places with the same name. Vibio probably derives from the name of an ancient family from Perugia which was also that of  a Roman emperor.

Monte Castello di Vibio retains the look of a medieval castrum. It stands on a hill, which offers a unique view of the Umbrian hills and the Tiber valley.

From afar, you can admire the borgo with the colour of the antique red  roof tiles of its beautiful stone dwellings surrounded by the green countryside.

Flashes of light, shadows, and that of twilight strike the visitor while walking along its narrow streets, going around the fourteenth century Tower of Porta di Maggio, the medieval well-cistern, the portal of its former sixteenth century monastery; and all the other details that capture the visitors attention.

Inside the Church of Santa Illuminata, once a seventeenth century oratory, now with nineteenth century  modifications, is a miraculous crucifix, already described in a Gothic manuscript, that is venerated .

Talking about miracles, we would like to  mention the nineteenth-century parish church dedicated to San Filippo and Giacomo, which preserves the statue of  the Madonna dei Portenti, so called for its miraculous properties that were recognized by the inhabitants.

The square of the church, dedicated to Vittorio Emanuele II, is like a balcony over Umbria.

The borgo was once a papal fiefdom, as evidenced by the presence of many ancient towers and Guelph merlons.

The citizens of Monte Castello succeeded in building a theatre at the beginning of the nineteenth century, which in 2008 celebrated its bicentenary. Teatro della Concordia was designed during the French post revolutionary period and reflects the soul of the borgo in miniature.

It is an intimate place, a masterpiece frescoed in 1892 by the young painter Luigi Agretti (1877-1937), who was spending a holiday in Monte Castello; he was the son of Caesar from Perugia, already the author of the decorations of the drop-curtain and the backdrop of theatre.

In addition to the vaulted ceiling and the foyer of the theatre, Luigi Agretti also painted the apse of the Church of Santa Illuminata.

You cannot leave Monte Castello without a visit to the beautiful hamlet of Doglio, placed even further up the wooded hill on the road to Todi. Doglio was a Ghibelline castle that overlooked the Guelphs of Orvieto.

There is a stone coat-of-arms with the eagle of Todi on the fourteenth-century Porta Fuje, from which you can enter the old borgo.

The territory of Monte Castello di Vibio is also included in the “Strada dell’olio extravergine d’oliva DOP Umbria”. Therefore, its main product is Olive-oil that comes from the olive groves of the hills that surround the borgo.