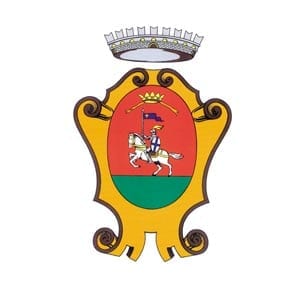 The Roman city of Casventum, assumed its current name during the ninth century in memory of the monk Yemin (Gemino), who came here from Syria to preach. Afterwards, the place became known as the city of  “Santo Gemine”.

San Gemini is a medieval borgo with narrow streets, staircases, arches and towers, surrounded by the Umbrian countryside, it is  now considered a “Città Slow” “Slow city”, it can not be otherwise as here slowness is a must; it is a borgo that is difficult to forget.

This itinerary starts from Piazza San Francesco, the heart of San Gemini, it connects the most modern part of the borgo, which dates from the renaissance onwards, with the oldest quarter, which was built on top of the hill. The Church of San Francesco and the eighteenth-century Palazzo Comunale, which replaced Palazzo Vecchio as the town hall, overlook this square.

The church that is dedicated to saint Francis of Assisi, who performed an exorcism here in 1213, dates back to the same period and has a beautiful Gothic portal with an ancient wooden door; the Gothic interior preserves frescoes by the Umbrian school.

Passing through the twelfth-century Porta Burgi, carrying  along Via Casentino that faithfully follows the route of the Via Flaminia, you’ll enter the medieval quarter.

First of all you’ll get to a square that is almost entirely occupied, because of its grandeur, by Palazzo Vecchio (XII-XIII century) which was the headquarter of the Capitano Del Popolo, who was a local politician during the Middle Ages.

Palazzo Vecchio is worth visiting (contact the Pro Loco) for at least two reasons. In the central hall are frescoes depicting farmers working the land in the surrounding countryside, and in the Torre Esperia that stands beside it, is a bell that was forged in 1318 by Maestro Matteo da Orvieto, it is the symbol of the free Commune and was used to call citizens to public meetings.

Next door, in the little Church of San Carlo, formerly Santa Maria de Incertis, you can admire a fourteenth-century ciborium and fourteenth and fifteenth centuries frescoes, including a Madonna con Bambino and a Madonna in trono.

Carrying on you will get to Piazza Garibaldi where you can see the Church of San Giovanni with its remarkable ancient Romanesque façade on which, along with the date of construction – 1199 – the names of its architects are carved.

You can also admire, among the many works of art, a sixteenth century baptismal font, an eighteenth-century wooden Virgin Mary, and the cloister of the nearby former Convent of Santa Maria Maddalena.

Just outside, a short walk along the city wall will allow you to enjoy the landscape together with the wisdom of medieval builders. San Gemini is so attractive also thanks to its maze of alleyways, staircases and flowery corners.

From Piazza Garibaldi, in Via del Tribunale you will get to a patrician house where a Roman mosaic paved flooring is preserved, this house is privately owned and in order to visit it you must get in contact with the Pro Loco.

Back in Piazza San Francesco, take Via Roma and then, before getting to the Arch of Porta Romana, you will find Piazza del Duomo which is overlooked by Palazzo Santacroce, now a hotel, and the Cathedral of San Gemine: this cathedral is very old but was completely restored at the beginning of the nineteenth century by an architect who probably followed Canova’s advice.

Decorated with stuccos inside, it houses some seventeenth century paintings. Once you have passed through the Arch, continuing on your right, you will find the Church of San Nicola, which preserves a Madonna con Bambino by Ruggero da Todi (1295). The church’s long history starts at the beginning of the second millenium, as can be demonstrated by a document dated 1037, and ends in New York at the Metropolitan Museum, which preserves its marvellous original portal, the one that you admire here today is a perfect copy of the original.

Since Roman times, San Gemini has been famous for its curative mineral water.