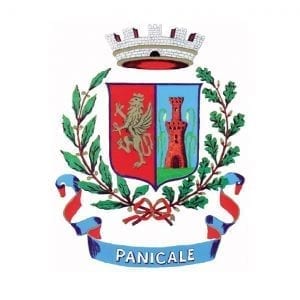 The name might derive from Latin Pani caleta (“burning altars dedicated to the God Pan”) or Pan Kalon (“where everything is beautiful”) (), or  Panis collis (“hill sacred to Pan”), or pan colis, (“place where millet is grown”, the cereal that is represented on the borgo’s coat of arms by two ears of millet. Whatever the true etymology is, Panicale is a place of great charm.

Panicale still retains its medieval castle, which was once surrounded by a moat, with two entrances in the directions of Perugia and Florence and three squares that are part of a circle of concentric ellipses.

Entering from Porta Perugina, you are in Piazza Umberto I, where there is a beautiful octagonal travertine tank dated 1473, which was later turned into a fountain in front of the fourteenth-century Palazzo Pretorio. This is the first of three levels on which the borgo developed, each with narrow streets that meet in the square.

On the second level you will find a square where there was a concentration of religious power, this square takes its name from the imposing Collegiate of San Michele Arcangelo. The church, of Lombard origin, was enlarged several times and then rebuilt in Baroque style in 1618. It contains valuable works of art, such as the tablet dedicated to the Nativity by Giovan Battista Caporali, a pupil of Perugino (1519), and behind the high altar, a fresco of the Annunciazione attributed to Masolino da Panicale, who was the master of Masaccio.

Amongst these Baroque decorations you can see the recently restored Morettini Organ (1835),  together with a sixteenth century wooden crucifix and a painting of the Last supper by an unknown late eighteenth century painter.

On the same square you will find the House of Giacomo Paneri, best known as Boldrino da Panicale, who was a mercenary captain who played an important role in local affairs.

Continuing past the home of this commander you will get to Piazza Masolino, the highest place in Panicale, where you can see the Palazzo del Podestà (XIV century). It was  built in Lombard-Gothic style by the “Comacini”,  Lombard architects that were famous during the middle ages.

From this square you can enjoy a beautiful view over Lake Trasimeno and the border lands between Umbria and Tuscany.

Going down through the alleys of the borgo, you’ll get to the small precious Teatro Cesare Caporali, built in XVIII century, it was completely renovated in 1858 by Giovanni Caproni according to the classical Italian theatre style, with a horseshoe plan, two tiers of boxes and a gallery. Its structure is made entirely of wood and is decorated with stucco medallions. It also preserves a painted curtain by Mariano Piervittori, 1829, representing the delivery of the city keys of Perugia to Commander Boldrino Paneri. Just outside Porta Fiorentina, you will get to the sixteenth-century Church of Sant’Agostino, which now houses the Museo del Tulle.

Inside, you will find the remains of frescoes attributed to the school of Perugino together with a valuable stone altar by Giambattista di Cristoforo da Cortona (1513)  which are the framework for typical examples of ars panicalensis handmade embroidery.

Art is everywhere in Panicale: just beyond Sant’Agostino, you can admire the elegant façade of the Church of the Madonna della Sbarra (1625), so called because it arose in the place where the custom office was.

The high altar is characterized by four huge golden angels, and the building now houses a collection of sacred objects and canonicals.

What you have seen so far is just a prelude to the great masterpiece which is housed in this small Umbrian borgo: a fresco painted by Perugino in 1505, Il Martirio di San Sebastiano, which decorates the back wall of the Oratory of San Sebastiano.

The magnificent architectural set designed in the background, represents the same landscape that  you can see from outside the church, it intensifies the rhythmic gestures and rather than a scene of martyrdom, the atmosphere suggests a theatrical performance, the dance of the archers around the naked and suffering body of San Sebastiano. It represents the gentleness of Renaissance art, interpreted at its best by Perugino, having reached his full artistic maturity.

In the same church you can admire a fresco depicting the Madonna in trono con Angeli musicanti, which has recently been attributed to Raphael.

Extra virgin olive-oil which has low acidity and high quality. The wine produced on the hills around Panicale is worth trying.