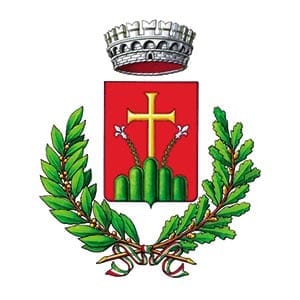 The name comes from the Latin Mons Causarius, which means “place of trials”, because in its highest point (mons, mountain), where the formwork stood, the pretor and the court of justice had an ancient seat.

A few kilometres separate the historic centre from the new settlement of Montecosaro Scalo, which houses one of the most important monuments of the region, the Romanesque basilica of Santa Maria a piè di Chienti. Probably of Lombard origin, it has been known since 936 and two epigraphs tell us that it was commissioned by the abbot Agenolfo and consecrated in 1125. An example of perfect Cluniac architecture that crosses the Lombard and Burgundian styles, the extgernal apse of the church is an exquisite play of volumes. The elegant sail-shaped bell tower above the south wall of the apse preserves the bell that has been calling the faithful to services since 1425. The interior is in Lombard style in the three naves with arches marked by pilasters, and in Burgundy style in the apse; it has two superimposed floors and, like all Romanesque churches, captures a soft light that invites to prayer. Once all frescoed, the walls now reveal only a few fragments of ancient paintings, including, on the upper floor, a Virgin and Child by the Master of Offida (second half of the fourteenth century: a Crucifixion by this painter, even older, is kept in a room under the bell tower) and the cycle of the apse of 1447 with scenes from the childhood of Christ, by an unknown author. The two terracotta statues on either side of the upper altar, an angel and the Virgin, denote a late Gothic grace that places them in the 15th century. A recent intervention has tried to partially recreate the vegetal landscape that surrounded the basilica at the time when the monks of Farfa reclaimed the marshy Valdichienti. A Carolingian orchard has also been rebuilt, and the basilica now seems to be protected by the same trees – holm oaks, Turkey oaks, maples – that saw it born.

Moving towards the historical centre you will find the Church of San Rocco (1447), which has an octagonal plan and which preserves wonderful frescos by Simone de Magistris (1576). Of the three medieval gates, only the thirteenth Porta San Lorenzo remains; the door, which opens to the east, today is merged with Palazzo Marinozzi.

Going up a cobbled road you will arrive to Piazza Trieste, where you will see the nineteenth century Theater of the Loggias, the result of the transformation of a medieval building. The theatre communicates with the former Palazzo dei Priori of the XIII century, which became Palazzo Cesarini  in 1552, and marked the beginning of the feudal domination of the Marchesi Cesarini.

In the square there is also the Collegiate Church of San Lorenzo, built in 1723 on the ruins of the old parish church. The interior, with a single nave, preserves previous works, as the fourteenth century fresco of the Virgin Mary.

In the upper part of the historical center, the Park of the Cassero is a splendid green corner.

Some remarkable mansions are worthseeing in Montecosaro: Palazzo Laureati, built between 1660 and 1700, enriched by a rich brick façade; the Palazzo de’ Nicolo’ Massari, dating between the XIII and the XII century.

On the opposite side of the square is the Augustinian complex, the Church of Sant’Agostino and the Palazzo Comunale.

Just outside the walls, the small eighteenth century Church of Nostra Signora of San Domenico is already immersed in the Val di Chienti rustic atmosphere. A little farther away from the walls stands another rural church, dedicated to the Holy Crucifix of the Sassi.

We are in the land of vincisgrassi, a sort of baked lasagne made with beef and pork ragout, chicken giblets and béchamel sauce. Traditional dishes include the cicerù, a large sweet raviolo stuffed with chickpea puree and must, and the frascarelli, a wheat flour polenta prepared in various ways, the tastiest of which is a dressing of sautéed sausages, tomato puree and pork bacon.

What is “BORGO”. The literal translation of Borgo in English would be “Village”. But the term Village does not fully explain what a “Borgo” is. A “Borgo” is a fascinating small Italian town, generally fortified and dating back to the period from the Middle Ages to the Renaissance.
Category: Marche9 March 2018