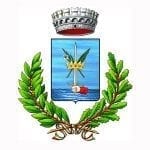 The name derives from Aesa, the first settlement dating back to Roman times, deriving from Esus, the Celtic god of war. From the Middle Ages to the end of the nineteenth century, the borgo was  called Santa Anatolia, in honor of the patron saint, martyr of the third century AD. In 1862, the actual name was coined from the combination of Aesa and Anatolia, the current name Hexanatolia.

Viewed from above, the seven bell towers that run along Corso Vittorio Emanuele seem to take care of Esanatoglia, little jewel of the Marche region on the border with Umbria. Enclosed by the castle walls lapped by the Esino river, the borgo looks like a sort of spindle, with the main street grafted onto secondary roads that lead to the districts, each with its own square.

In the oldest part of the borgo you can admire the parish church of Santa Anatolia with its bell tower, already mentioned in documents dated 1180. It has a splendid fourteenth-century stone portal and a Roman inscription on the base of the bell tower which, according to historians, is evidence of a Roman settlement at the time of Augustus.

Nearby, Palazzo Varano, the current seat of the City Hall, preserves an interesting painting, “The expulsion of the devils from Arezzo”, and unique dull paintings depicting a parade of knights of the Varano family.

In the adjacent former Church of San Francesco, some fourteenth-century frescoes by the “Master of Esanatoglia” Diotallevi Angeluccio are preserved, including a fine Madonna del Latte, detached from the Church of SS. Cosma and Damiano.

Going down below, the Fountains of San Martino, once called Fonti di Fuori Porta, are a rare example of fourteenth-century hydraulic work still working.

The church of Santa Maria Maddalena houses a valuable painting, the Crucifixion, on the high altar, two still lifes of Flemish origin and a wooden choir decorated and painted with scenes from the life of the Saints, where there are still the grills that prevented the Poor Clares from being seen.

In Piazzetta Cavour there are four important buildings: the Palazzo delle Milizie, fortified in the 14th century and once connected to the fortress of the castle by a walkway; the Palazzo del Podestà, whose ground floor was used as a covered market; the Palazzo Zampini, formerly home to futurist furnishings by Ivo Pannaggi, together with the Church of Santa Maria, which preserves traces of frescoes by Diotallevi and the large painting of the Crucifixion by the De Magistris brothers of Caldarola (1565).

Outside the village, the church of Santa Maria di Fontebianco contains a country aedicule with frescoes of the Virgin Mary and Child, a work by Diotallevi di Angeluccio.

Valuable seventeenth-century paintings are kept in the former Monastery of Fonte Bono, later of the Capuchins, halfway along the coast of Monte Corsegno.

Cotiche con i fagioli (pork rinds with beans) are the local specialty. They should be accompanied by toasted bread – generally the crescia ( a sort of piadina) of wheat or corn flour, cooked under the ashes – and potatoes used to firm the sauce. Dried legumes are the raw material for chickpea or bean soup. The mastery of the housewives is the basis for preparing the hand made pasta, which can also be seasoned with a crayfish sauce . Dried aniseed-based sweets close the lunch: they are called favorite.

For those who love walking, trekking or mountain biking, there are marked paths along the valley of San Pietro, the valley of Palazzo and the slopes of Monte Corsegno (776 meters above sea level), where you can see the hermitage of San Cataldo.

What is “BORGO”. The literal translation of Borgo in English would be “Village”. But the term Village does not fully explain what a “Borgo” is. A “Borgo” is a fascinating small Italian town, generally fortified and dating back to the period from the Middle Ages to the Renaissance.
Category: Marche30 April 2018