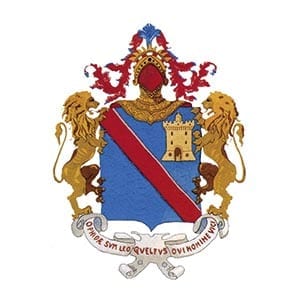 Putting aside the Greek ophis, “snake” or the Roman oppidum, “fortified town”, the most reliable hypothesis is the one that links the place name to the union of two words of Indo-European origin which are oph, “rich” and ida “mountain”, “hill”.

The original structure of the old centre of Offida, which is within the fifteenth century castle walls, dates back to XII-XIII, with a panoramic view that sweeps from Mount Ascensione to the chain of Sibillini mountains, from Monte dei Fiori to the Adriatic Sea, and on clear days, to the Gran Sasso mountain and the Maiella. You can start your visit from the Merlettaia’s Monument, built in 1983 by Aldo Sergiacomi, a local sculptor, which introduces you to the soul of the borgo, which is metaphorically embroidered by the patience of women working the pillowlace. The eighteenth century former Civil Hospital, by Pietro Maggi, is also placed near the entrance of the borgo. From there you can get to Piazza del Popolo, the heart of Offida, which is remembered for its warm harmonic atmosphere, is a natural combination of different styles and materials. It is an unusual triangular square, due to a late eighteenth century reorganization, when some of its hospitals were demolished and the new Collegiate Church was built, on the left side under the direction of Pietro Maggi. The façade of the church is a compendium of different styles ranging from Greek-Roman to Baroque, while the interior has a Latin plan with a nave and two aisles. In the chapel of the transept a banner depicting the miracle of the Virgin Mary, who in 1850 stopped the plague by moving her eyes, is preserved, the crypt also preserves a reconstruction of the Grotto of Lourdes. On the main side of the square you can admire the brickwork of Palazzo Comunale, the Town Hall, with its charming open gallery consisting of thirteen travertine columns and the fifteenth century porch made up of brick columns topped by travertine capitals. You can see all the successive stratifications above the original 11th-12th cent. structure, the portico that flanks the building in Corso Serpente Aureo dates back to the late eighteenth century, while the tower dates back to the fourteenth century, its swallow-tiled battlement was added in 1924. From the porch of the Town Hall you’ll enter a wonderful hidden place, the beautiful Teatro “Serpente Aureo”, designed by Pietro Maggi, it was built in 1820, and was then modernized in 1862. It was hidden, in order to keep laughter or the representation of human drama secret. The theatre is considered a gem of Baroque style, one of those theatres which the Italian province is rich in, it has a horse shoe plan made up of 50 boxes divided into three tiers, plus the gallery and the stalls and a profusion of stuccos and gilded carvings. The history and beauty of Offida is not only in the square. In addition to the beautiful façades of the noble palaces, you can also visit the Church of the Addolorata (XV century) which is located at end of the Town Hall and has a single nave, it also preserves the nineteenth century coffin of the Cristo Morto, which is carried during the procession on Good Friday. The Church of Suffragio, also called “of Death” thanks to the fake seventeenth century wooden skeleton, the Church of Sant Agostino, which changed in style during the fourteenth to the eighteenth century, going from its arched friezes in Romanesque-Gothic style on the side that faces on to Piazza Forlini to its current Baroque appearance. Preserved in a precious fourteenth century cross made from silver and covered in gold, are the remains of a miracle that happened in 1273, and that is recognized by the Church. Finally, the Baroque Church of San Marco (sec. XVIII) that is annexed to the Convent of Benedictine nuns that has existed since 1655, in 1243 there were the Franciscans, in which you can find frescoes by the Master of Offida. The former Convent of San Francesco today houses the Regional Enoteca of Marches. The most important building of worship in Offida is the Church of Santa Maria della Rocca, which was built in 1330 on top of an ancient church from the Lombard period. The exterior is made of perforated bricks with travertine pilaster strips on the apsidal side. At the centre of the high apse is a portal, carved with fantastic animals, that leads to the crypt, where many columns support the round gothic arches. Here, as well as in the upper church, you can admire the beautiful frescoes by the Master of Offida, probably a monk, whose painting is characterized by his particular way of representing halos and also the baby Jesus, who is depicted with a bird in his hand and by other artists who have left their mark, such as the Master Ugolino di Vanne and the Friar Marino Angeli, who was also a painter. The itinerary continues with the Museum of Offida and with the tour of the fountains that are all over the borgo, such as the Trocchio fountain from the thirteenth century, the oldest fountain in Offida, later modified and that can be reached from Church of Santa Maria della Rocca, to the fountain of the goddess Flora, located in Piazza XX Settembre. The tour of Offida ends at the same place as it began, with the lace. Those that adorn the transparent clothes of the Angel in the painting of the Annunciation inside the church of San Agostino tell you everything about the beauty of this borgo

The chichì is a very tasty focaccia, stuffed with tuna, anchovies, capers and peppers. Also the typical funghetti (“small mushrooms”) which are cakes prepared with sugar, flour and anise. And finally, the Offida D.O.C. white wine is perfect to be tasted with the Olive Ascolane (deep fried breaded olives stuffed with meat) and fish, while the red wine is perfect served with the vincisgrassi (a kind of lasagne pasta) and stuffed pigeon. Characteristic of the area is the Mistrà, a digestive liquor, and the vin cotto, which is prepared by cooking grape must and is served with cakes at the end of the meal.