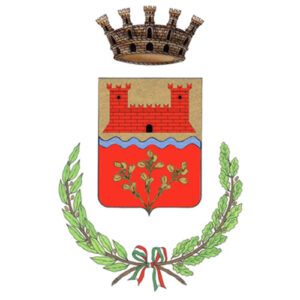 The names comes from the the Latin Monte Fabrorum, the  castle owned by the Fabbri family. The Castle of Montefabbri appears for the first time in a document dated 1216.

The first thing that strikes you is the overall view: this borgo seems to have changed very little since 1400. Its medieval town plan in a raised position gives the small village a suggestive view. Merit (one might say) of the lack of resources, if this castle equidistant from Pesaro and Urbino has not been modified, preserving its ancient features over time. After centuries studded with misery and deprivation, when the only sources of income were agriculture and the furnace, the inhabitants now discover that they have a treasure in their hands. And in fact no one leaves or sells their house.

The residents hold on tightly to their small old houses, which still retain the signs of the original poverty, but so much so: all around there are only hills, countryside and silence. Trucks do not pass under the narrow entrance arch and the alarm clock does not exist, replaced by birdsong.

Walking along the ridge that leads from Vallefoglia to Urbino, it is impossible not to stop and admire this beautiful borgo. The access to the borgo is through the 12th century walls, passing under the arch where the drawbridge was placed. Above the arch there is the Madonna Lattante, in sandstone of the XV century.

But the real surprise is the parish church of San Gaudenzio, probably built between the 7th and 8th centuries and dedicated to the first bishop of Rimini martyred around 360. Inside, numerous decorative works made with the poor technique of scagliola are preserved, all in black and white and by the same author. They are antependiums, panels and tombstones dating back to the end of the 17th century. The most beautiful frontal is that of the high altar (the front part): dated 1687, it represents St. Francis of Paola intent in prayer. The church is rich in marble (note the elegant 17th century balustrade), has a 12th century crypt where the remains of Saint Marcellina (moved from Rome in 1666) and a 15th century bell tower 25 m high are kept. Tradition has it that on the basin of the baptistery, made from a Roman marble cippus, Blessed Giansante Brancorsini di Montefabbri was baptized. The Tower also has a peculiarity: four bells with the notes G, A, B, D.  wonderful sound, to which the first bell, kept in the parish because of its excessive weight, cannot contribute.

The area provides an excellent extra virgin olive oil and is rich in vineyards from which the excellent  Colli Pesaresi DOC wine is produced,made from Sangiovese and Montepulciano grapes. The typical product is the Crescia, a salt panettone (traditional buttery, vanilla flavoured Christmas bread like cake, tall and round in shape) made with pecorino cheese, which is accompanied with local salami and cold cooked meats, eggs and Colli Pesaresi wine.