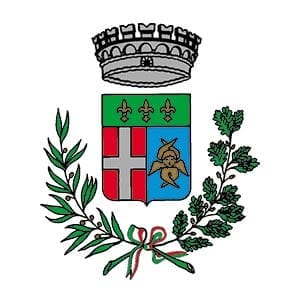 The origin of the place name of Sarnano dates back to the Augustan period when Augustus gave this land to his war veterans. The name probably derives from the name of the Roman army officer to which this territory was assigned.

From above the borgo is astonishing, with its elliptical structure and red roofs that give it a sense of compactness. Narrow and steep roads converge onto the square almost smothering it. Sarnano, thanks to the warm tones of terracotta that shroud it, together with the walls that protect it from modern settlements and the good proportions of the built-up area that reflects the plan of the medieval castrum, is one of the best preserved old towns in Marche, it is almost perfect. Going up the winding, narrow and protective streets, from the foot of the hill to the silent and beautiful Piazza Alta, you can sense the beautiful atmosphere of central Italy, the idyllic Marche Region, where the mountain wants like to display a roughness that it doesn’t have. Still protected by the ancient walls, the borgo presents itself as a harmonious urban centre dating back to a period, during the second half of the thirteenth century, when Italy was made up of city-states. The main monuments that look onto Piazza Alta are Palazzo del Popolo, the Church of Santa Maria Assunta, Palazzo dei Priori and Palazzo dei Podestà, are from the same period. The Church of Santa Maria Assunta was built between 1265 and 1286 and is topped by a belfry built a century later. The façade is decorated with a finely carved white stone Portal, on which there is an ogival lunette depicting the Assumption of the Virgin Mary. Some valuable work of arts are preserved inside the church. There is a wooden vexillum depicting the Annunciazione and the Crocifissione by Giovanni Angelo di Antonio, a Madonna con Bambino e Santi by Lorenzo di Alessandro (1483), a Madonna degli Angeli by Antonio and Gentile di Lorenzo (XV sec.), panels of a polyptych with Ma-donna e Santi by Niccolò Alunno, the Trinity by Paolo Bontulli from Percanestro (1530) and two wooden statues of the crib probably of the Tyrolean School (XV century). And finally, a tablet with a Madonna della Misericordia by Pietro Alemanno, a pupil of Carlo Crivelli, who also painted the frescoes of the crypt in 1494. Piazza Alta was the centre of social, political and religious life during the Middle Ages. It is the highest point of the historical centre, you will also find buildings that represented the political power of the borgo. Palazzo del Popolo, which was turned in to the beautiful Teatro della Vittoria built in 1831, was recently restored and returned to its ancient glory. Palazzo dei Priori and Palazzo del Podestà, two small buildings, are an example of the large use, all over the village, of bricks as a building and decorative material. The warmth of the brickwork is used throughout the square’s walls, columns and pillars. A little further down the square, walking along the Via della Costa you get to the Baroque Church of Santa Chiara and to the fourteenth-century Church of San Francesco, this church was rebuilt in neoclassical style. Next to the church are the former Franciscan monastery which became the City Hall after 1861, the Picture Gallery and the Library with its ancient miniated manuscripts. The Benedictine Abbey of Santa Maria near Piobbico (1059), now dedicated to San Biagio, is closely linked to the history of Sarnano. It stands at the foot of the mountain of Sassotetto on the left bank of the ri-ver. It is from the is the place, in the second half of the thirteenth century, some monks moved to the Oratory of Sarnano, which was dedicated to the Virgin Mary, it then became the Church of Santa Maria della Piazza. Some recently discovered frescoes that represent life in the monastery have been attributed to a pupil of Matteo di Gualdo, who was called the Maestro di Piobbico from the second half of the fifteenth century, to Paolo Bontulli (first half of XVI century) and to Nobile da Lucca between XV and XVI century. Only the church remains of the original abbey. The church has one nave and a beautiful trussed ceiling, and under the presbytery you will find a suggestive crypt. Finally, of great interest are the Franciscan remains. The hermitage of Soffiano, founded in 1101 by mystics who built a cave inside the church that is mentioned in the Fioretti di San Francesco. The author, friar Ugolino from Montegiorgio, lived for three years in the Franciscan monastery of Valcajano (Roccabruna), the ruins of this monastery are still visible today.

Ciauscolo is one of the typical products of Marche. Sarnano contributes to maintaining culinary traditions with the simplest of products, bread, which is exalted in the many artisan products rigorously cooked in wood burning ovens which give it the unique smell of the “fascine” of the Sibillini Mountains.