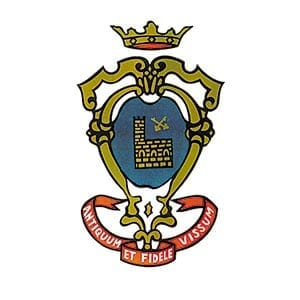 According to tradition, the first settlement was called “Vicus,” meaning “place” or “village,” accompanied by the adjective elacensis, “respectable”. The place name “Vicanum” referred to the communal grazing and firewood gathering lands (“vicana”) surrounding a vicus.

Visso is an enchanting mountain borgo in the Marche region, situated along the Umbrian border. This “pearl” of the Sibillini Mountains (it is the seat of a national park) boasts a past rich in history: the imposing city walls, the medieval balconies, the houses, the towers, the noble Renaissance buildings, the stone portals embellished with Latin inscriptions and coats of arms, in relation to the limited size of the historic centre, come together in a harmonious and majestic whole. Visso’s Piazza dei Martiri Vissani, where all is order, light, and harmonious lines is pure beauty. The piazza is lined with elegant 15th- and 16th century buildings and distinguished by two preeminent edifices: the Collegiate Church of Santa Maria and the Church of Sant’Agostino. The collegiate church’s original structure, in Gothic-Romanesque style, dates to the 12th century. It is dominated by an elegant bell tower with mullioned windows and embellished by a finely worked 14th century portal on its façade, flanked by two proud lions. The lunette contains a splendid 15th century fresco depicting the Annunciation, attributed to Paolo da Visso. The façade of the Church of Sant’Agostino (14th century) includes three spires with a portal and a rose window. Now deconsecrated, it is the seat of the Museum, which houses works belonging to the commune and the Church, the majority of which were located in various churches throughout Visso. The museum also preserves the manuscripts of six idylls by Giacomo Leopardi, including the famous “L’Infinito.” The entire historic centre is highly evocative, with the Sibillini Mountains forming a crown around it and, on the inside, ancient towers, the four gates of the castle walls and Renaissance structures abounding in portals and windows in light-coloured stone carved by local craftsmen, the famous “Visso stoneworkers,” who also produced the 14th century Baptistery in the ancient parish church next to the Collegiate Church. Among the many remarkable buildings are the Palazzo dei Priori, the Governor’s Palace and the Palazzo del Divino Amore (the “Divine Love” building, converted from a 13th century Franciscan convent and today the home of the Sibillini Mountains National Park board), enriching this borgo which seems to have been embroidered into the stone. Outside Visso, the Sanctuary of Macereto is worth visiting, built at an elevation of one thousand metres on the plateau with the same name, dominated by Mount Bove. Constructed in the style of Bramante by Giovan Battista da Lugano between 1528 and 1538 around a smaller 14th century chapel built to hold a miraculous statue of the Madonna, it is composed of three avantcorps with three richly sculpted portals, adorned with basreliefs and small columns topped by Corinthian capitals supporting a cornice with a triangular tympanum. Tradition has it that on August 12, 1359, the mules transporting the statue came to a halt at the site of the current sanctuary and refused to continue. This remarkable stone structure was completed in 1558 by other masters who came from Lugano as well. Adjacent to the sanctuary rises the Palazzo delle Guaite, constructed between 1571 and 1583, enclosed together with the Sanctuary by a wall with an internal portico which served as a shelter for pilgrims and animals.

At the beginning of the 1900s, there were about 150,000 sheep in this area. Visso is thus represented by the “Sopravvissana,” a heavy and stocky sheep breed, very hardy and productive, from which an exceptional pecorino cheese is produced.

There is a local festival dedicated to ciauscolo, a sausage produced using a special processing method, in which the meat is ground and stuffed with spices. But the strong and genuine flavours of this land also offer cheeses, which can be enjoyed at various stages of the ageing process, as well as Sibillini mountain lentils and spelt. Do not miss to taste the local specialties prepared with trout from the Nera River and, above all, with the prized black truffle.