MUNICIPALITY OF bovino
only the historical centre
(Foggia District)
Altitude
mt. 647 a.s.l.
POPULATION
4000 (1100 in the borgo) 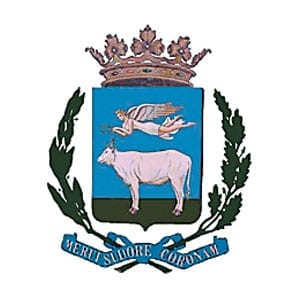 The origin and meaning of Vibinum, the ancient Roman name for Bovino mentioned by Pliny and Polybius, is uncertain. It could come from the Oscan language (spoken by the ancient peoples of the Daunia) and mean bue (in Italian), “ox.”

Located at the border between Puglia and Campania, over the centuries Bovino has played a strategic role in linking the Adriatic and the Tyrrhenian sea.

Traces of its past are very visible in the ancient borgo, destroyed and rebuilt several times, which is remarkable for the harmony of its urban structure and for the way its traditional materials, forms, and colors have been preserved. It is still possible to see ample stretches of streets paved with river stones, stone houses with the traditional tiled roofs, brick barrel vaults, noble mansions with their romanelle and beautiful courtyards, and an incredible number of stone portals (roughly 800 have been counted), the work of local master stonecutters and evidence of the town’s importance over the centuries.

The white buildings, the narrow, steep-staired streets, and the verdant surrounding countryside complete this entrancing picture.

Its fragile beauty must defend itself from the alterations, always lying in wait, made by those who are ignorant of history, which seems to stretch back infinitely here, as is demonstrated by the remains of the Roman walls (in the Portella quarter), mosaics, statuettes of Hercules, the anthropomorphic stelae and the many artifacts and findings on display in the civic museum.

There are seven churches in the borgo; the most important of these is the Cathedral basilica. The façade of this building was done in 1231 by the master Zano from Gaul, who gave it the primitive Gothic style that inaugurated the season of the Romanesque in Puglia. Inside, fragments of Byzantine sculpture can be sought out in a veritable treasure hunt (e.g. in the presbytery, the two blocks on Roman columns depicting Daniel in the lions).Also worthy of note are the 17th century wooden choir in the apse, and the funerary inscriptions and monuments of the lords of Bovino. But the cathedral’s most enchanting feature remains its Romanesque façade, with its simplicity of lines and floral and animal motifs. According to an epigraph dated 1703, the Church of San Marco was consecrated on 18 May 1197 (the Byzantine style lunette above the portal is from that year and depicts St. Mark of Ecana between two deacons). It holds the monumental tombs of various bishops who governed the ancient diocese of Bovino. At the summit of one of its hills stands the majestic Ducal Castle (or Palace) with its 11th century Norman tower. The work of the Norman count Drogo, the castle was later enlarged by Frederick II, and in the 1600s it was transformed into a noble residence by the dukes of Guevara. In its prime, the Ducal Palace, which was inhabited by the descendants of the Guevara family until 1961, was one of the most beautiful patrician residences in southern Italy. Its coffered ceiling rooms and lovely hanging garden gave hospitality to guests such as Torquato Tasso, Giovan Battista Marino, Maria Theresa of Austria, and Pope Benedict XIII.But the historic center contains other treasures as well. Other sacred buildings include the Church of the Carmine (built by the Jesuits in the 1600s); the neoclassical Santa Maria delle Grazie; the very old (1099) Church of San Pietro, an interesting example of Romanesque architecture with Byzantine elements set on Roman remains (e.g. the baptismal font); the Church of the Rosario (built in 1205, with a portal from 1754) with its elegant single nave structure; and the 15th century churches of San FranceSco, of the Annunziata, located at the entrance to the historic Portella quarter, and the church of the Capuchins, constructed in 1618 in fulfillment of a vow to St. Francis made by Duke Juan de Guevara. Nearly all of the private residences have splendid portals, a symbol of power and pride among the local nobles.

Everything that is made by hand: from homemade pasta to almond cookies, and from wrought iron and stonework to embroidery. As for food, along with orecchiette with a mixed meat-sauce, the choice of first courses could go to fusilli with a fresh tomatoes sauce and grated ricotta sprinkled over it; for main courses, lamb cooked cutturiello-style, i.e. in a ceramic pot.