MUNICIPALITY OF cisternino
only the historical center
(Brindisi District)
Altitude
mt. 395 a.s.l.
POPULATION
12.160 (480 in the borgo) 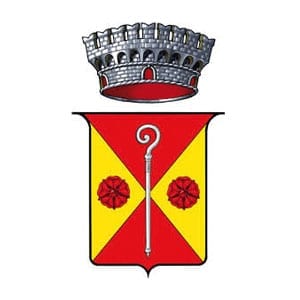 According to tradition, Sturnoi, Diomedes’ companion, founded this town at the end of the Trojan War. Perhaps destroyed in 216 BC during the raids of Hannibal in Apulia, the town returned to live in the 8th century with a group of Basilian monks, refugees from the East, who built an abbey of Greek rite called St. Nicholas Cisturninum, just where the church Matrix stands nowadays.

There is a suggestive atmosphere in the borgo, among houses, tiny streets and courtyards.

The Borgo is an example of “spontaneous architecture” designed not by architects following a preestablished plan, but rather by human relations to be fit together, among white painted houses and narrow streets, tiny courtyards and outside stairs, arches and flower filled balconies: spaces where people can meet and gather.

In the unreal silence of summer afternoons, it is nice to walk down the chianche (stone paved streets) among the play of light and shadow created by the narrow streets, arches and underpasses. In the old town the finest historical buildings are the tower and the church on the square. The recently restored Norman-Suevian tower was built in the 11th century by the Normans, and is 17 meters tall. It was largely rebuilt in the late 14th century and was later remodeled several times. A statue of a blessing St. Nicholas stands at the top. The Church of San Nicholas, known as the Mother Church, was built in the 12th century over the previous 8th century Basilian church, whose foundations still remain. The Mother Church also underwent changes over the centuries. The current neoclassical façade was done in 1848, replacing the previous façade, probably Romanesque. The cross vault of the transept and some sculptures date back to the 13th-14th centuries. There are two magnificent stone sculptures by Stefano da Putignano: the tabernacle dedicated to the Madonna of the Goldfinch (1517) and another smaller one with cherubs and an Ecce Homo. Next door, a primitive church dating back approx. 1000 was recently discovered underneath the small Church of Purgatorio (17th cent.).Also worthy of a visit are: the Bishop’s Palace, built in 1560, with a late Renaissance façade that bears the coats of arms of the bishop baron; the Governor’s Palace (16th cent.), which has an elegant front with three balconies and Renaissance decorative elements; the houses of the noble Pepe and Cenci families; the small Church of Santa Lucia (17th century) and, outside the walls, the tower and Palazzo Amati, on Via San Quirico; the Church of San Cataldo, completed in 1783 in Baroque style, with its beautiful dynamic façade; and the Church of San Quirico, constructed between the 17th and 18th centuries

Wood or stone craft works by artisans, or baskets and rosaries. The food delicacies are friselle (a crispy doughnut-shaped bread), cheeses (especially cacioricotta), extra virgin olive oil, DOC wine and salami type products (excellent is the capocollo). Among first courses: the world-famous orecchiette, with sauce and pecorino and ricotta cheese or, as a variation, with turnip tops and salted anchovies.