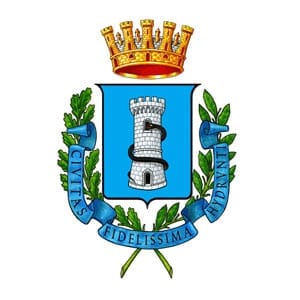 Otranto was called Hydruntum by the Romans after the river Idro (Hydrus), which flows near the borgo and empties into the sea. According to the most creditable hypothesis its name derives from the Greek ùdor kai derento, “water and mountain”.

Entering the walled town through Porta Alfonsina and its towers (the Duchesca, the Ippolita and the south west tower), you can admire an interesting example of military architecture, fruit of the new town defensive works built by the Aragonese after the Turkish devastation in 1480. In the historic center, the soft pattering of feet on the stone-paved streets, the alleyways leading to the sea, the blinding Mediterranean light, the granite Saracen bombard balls and the tour of the ramparts all give life to the words of Roberto Cotroneo: Otranto is “a collapsed star which includes the entire universe, where there is daily life and history, where the years do not go by and everything seems to interpenetrate, where it is easy for ghosts to speak to you in the streets, and where everyone knows they are in an unusual place, where time curves back on itself, it is not a straight line, and curving it with draws into itself”. Here we are, then, immersed in the “frozen time” of this town, facing the small Byzantine Basilica of S. Pietro (10th-11th centuries). The protruding circular volumes of its three apses are an invitation to the visitor to walk along its entire external perimeter. The interior presents a Greek cross plan and preserves Byzantine paintings. Among its eight columns the visitor seems to hear the music of a breeze and a long, contemplative prayer. The Byzantine calendar unrolls its pages on the carpet of the days, and in fact the Cathedral’s magnificent mosaic floor (1088) resembles a carpet, an oriental tapestry. This “lady of Otranto”, as it was called by Maria Corti, is the ultimate expression of the Apulian Romanesque. Its sober pale yellow stone casket encloses an interior with a nave and two aisles, punctuated by fourteen granite columns surmounted by Romanesque capitals, whose exterior exhibits a magnificent rose window in Gothic-Arab style and a 17th century portal (1674).Beneath the apse lies an atmospheric crypt, with Byzantine paintings on the walls and 68 columns whose splendid capitals are linked to each other by cross vaults. The apse of the right aisle preserves the remains of the 800 townspeople massacred by Ahmed Pasha in 1480 for having refused to recant their Christian faith. The church’s floor is covered with a marvellous mosaic (1166) in which 3 large areas can be distinguished: the tree of life progressing from the nave to the two aisles, the mosaic floor, from the transept up to the altar and finally the figures arranged around the ancient circular altar. The tree of life is supported by two elephants and terminates with Adam and Eve. To the right of the elephants are oliphant players, to the left, wrestlers. All around, the figures are inspired by the Breton cycle of the Roman d’Arthur. From the transept to the altar, the mosaic has the form of an oriental carpet whose rings encircle the months with the signs of the zodiac. Among the scenes grouped around the high altar there is the cycle (taken from the Bible) of Jonah predicting the destruction of Nineveh, a plumed and winged serpent crushing a deer, Sampson killing the lion and a monkey and a baboon eating an apple while a deer looks on. The visitor can then continue on to the Aragonese Castle (1485-89), built by order of Ferdinand of Aragon and incorporating the Suevian defensive works and the improvements executed by the Turks who had occupied the city in the fateful year of 1480. Encircled by a moat, it has a pentagonal layout, three cylindrical towers and, on the side overlooking the sea, a slender lance-shaped bastion. On the bastion are the coats of arms of Antonio de Mendoza and Don Pedro da Toledo, while the entrance portal is dominated by the coat of arms of Charles V. The remains of the Abbey of S. Nicola di Casole are at one and a half kilometers away from the center of Otranto. Walking along the coast road towards Santa Maria di Leuca, you’ll reach the ancient Basilian coenoby (12th century) destroyed by the Turks in 1480. Today little remains of what was an imposing monument as well as a priceless cultural center, whose manuscripts are preserved in the world’s most important museums. Monastic presence in Otranto was strengthened by the arrival of monks following Belisario’s army (535-553), who were guided by the teachings of St. Basil, thus comprising the roots of what would become Italian-Greek monasticism. Finally, the Messapic hypogeum in the Valle delle Memorie should not be missed.

Salento’s extra-virgin olive oil is among the best in Italy. The zone’s numerous DOC wines include Alezio, Copertino and Salice Salentino.

In Otranto cuisine, country traditions meet those of the sea. The recipes are simple and uncomplicated. Orecchiette, for example, are served with sauce or sharp ricotta cheese. Fish also must be cooked without a lot of frills: octopus that is boiled, fried or cooked alla pignata (in the typical earthenware pot) is a local specialty, as are the fish chowder and spaghetti with mussels.

What is “BORGO”. The literal translation of Borgo in English would be “Village”. But the term Village does not fully explain what a “Borgo” is. A “Borgo” is a fascinating small Italian town, generally fortified and dating back to the period from the Middle Ages to the Renaissance.
Category: Puglia2 January 2018