MUNICIPALITY OF sperlinga
only the historical center 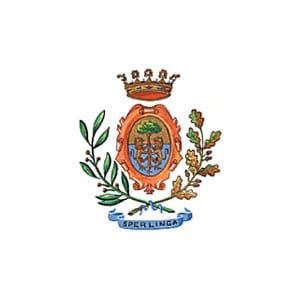 The name is of Greek origin, but came to us through the mediation of the Latin spelunca, that means cave. The Borgo and all the surrounding territory, is characterized by numerous caves dug in sandstone.

Between the Nebrodi and the Madonie Mountains, in the heart of Sicily, there is a castle partially dug into a giant mole of sandstone. Among the castles of Sicily, Sperlinga is certainly one of the most fascinating. In 1282, at the time of the Sicilian Vespers, a French garrison was seized here, resisting the siege for a year. The episode is recalled by a written phrase (XVI century) on the arc of the entrance hall: Quod Siculis principi placuit sola Sperlinga negavit. Inside, twelve small circular niches carved in the stone wall: the mysterious cave according to some was a place of worship, according to other hosted a particular system for the measurement of time. The steep stairs, almost cut in rock, lead to the tower, from which the world seems to stand at your feet. Another beautiful view can be enjoyed from the “aggrottato”: the whole side of the castle fully “perforated” by fifty artificial ancient caves. They are connected to each other by narrow streets and each, in its interior, got transformed into humble dwelling, with one or two rooms at maximum, still bearing the signs of the previous millenniums. Near the castle is the Church of the Mercede, with a precious wooden crucifix. The very simple Mother Church, with a single nave, was built by Prince John Natoli in 1597. The third church of the Borgo is the Church of S. Anna: the construction of the second half of the ‘600 is attached to the convent of the Augustinians and preserves a wooden crucifix by the school of Friar Umile da Petralia. The whole area around Sperlinga is rich in caves dug into the rock. Among the most interesting rock sites are the Red Contrada, which perhaps hosted a Paleochristian community, the Contrada SS. Quaranta and Peirito, with Paleochristian tombs.

The Borgo is known also for handicrafts, like the ancient frazzate, colorful handmade woven carpets on old wooden looms. There are also handmade baskets, fiscelle, which are cheese containers, and ferrule for furrizzi, the characteristic stools. In the castle you can admire the creation of carpets.

What is “BORGO”. The literal translation of Borgo in English would be “Village”. But the term Village does not fully explain what a “Borgo” is. A “Borgo” is a fascinating small Italian town, generally fortified and dating back to the period from the Middle Ages to the Renaissance.
Category: Sicilia29 December 2017