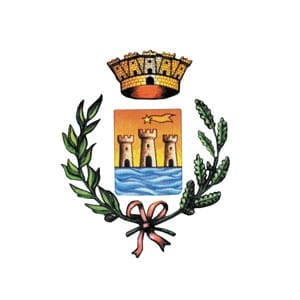 The name derives from the Latin speluncae, the natural caves overlooking the sea, the most famous of which is the cavern of Tiberius.

Sperlonga is a seaside Borgo, located halfway between Naples and Rome, perched on the top of a rocky crag, with whitewashed plaster, with archways, staircases and alleyways which open up and hide, climbing and re-descending to slip finally down to the sea. The town plan is typically mediaeval: starting from a first central nucleus, the houses wind round the promontory, becoming one with the rock and embracing one another. Thus, the Borgo started on the crag of St. Magno with pure, spontaneous Mediterranean styled buildings and narrow alleys and long stairways to make difficult any pirates invasions by sea. In the 11th cent. Sperlonga was a castle enclosed within a wall with two gates which are the only remains of the Mediaeval era: Portella (or Porta Carrese) and Porta Marina, the main access road to the Borgo, both bearing the coat of arms with an eagle belonging to the Caetani family. Only three watch towers remain: Torre Truglia, built on the foundations of a similar Roman construction on a cliff at the tip of the promontory of Sperlonga in 1532, rebuilt in 1611, destroyed once again in 1623, only to reappear in the following century; Torre Capovento, built in the same period, on a cliff of Mount Bazzano; Torre del Nibbio, which was included in the baronial castle and dates back to 1500. After its destruction in 1534, almost a century had to pass before life returned to Sperlonga. The Borgo was rebuilt in its present turtle shape and enriched with churches and lordly homes. Worth visiting are: the very old Church of St. Maria di Spelonca, built at the beginning of the 12th cent. with a bell tower and Latin floor plan; the church of St. Rocco, built in the 15th cent., Palazzo Sabella, the oldest and most important in the Borgo, temporary residence in 1379 of the antipope Clemens 7th, whose façade was rebuilt in the 16th century. Finally, the cavern of Tiberius is a cave in a Roman villa which is said to have belonged to the emperor. The residence extended over 300 m. along the eastern beach and in the Augustan epoch it included a thermal system and a circular swimming pool which was connected to tanks used for fish breeding. Inside, the cavern was decorated with marble and glass mosaics and was furnished with marble statues inspired by the exploits of Ulysses, now kept in the Archaeological Museum.

Well-known local vegetables are the white, ribbed celery, the red bunch, cherry and San Marzano tomatoes, rocket salad and basil. Local cuisine is based on simple traditional dishes such as sardine, Sperlonga fish, bean and marinated soups. Also worth tasting are the bombolotti a type of pasta served with a cuttlefish ragout.

What is “BORGO”. The literal translation of Borgo in English would be “Village”. But the term Village does not fully explain what a “Borgo” is. A “Borgo” is a fascinating small Italian town, generally fortified and dating back to the period from the Middle Ages to the Renaissance.
Category: Lazio29 December 2017