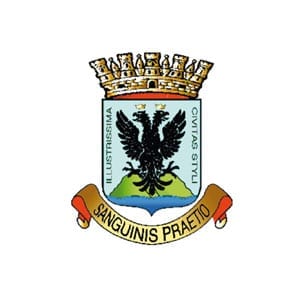 The name Stilo derives from the Greek stylos, meaning “column”. Another hypothesis is that in ancient times this was the name of Mt. Consolino, at whose foot this Borgo was rised.

Stilo’s history is mysterious and has its roots in the remote past, at the time of the Greek colonies in southern Italy. The Cattolica is a small 9th century temple which imitates the classic Byzantine church, with the Greek cross plan, three apses facing east and five small domes. Here the monks of St. Basil (Basilians), who in Calabria had found refuge from persecution, pursued their ideals of poverty and detachment from worldly concerns. What is most striking in this temple is the light, almost blinding in the upper part but faint in the lower part in order to encourage prayer and meditation. The frescoes, discovered by the archaeologist Paolo Orsi in 1927, are the only examples of 11th century Norman painting in Calabria. Immersed in rocks and vegetation, the small cube of the Cattolica seems suspended between earth and sky. Although Stilo’s Cattolica can be considered the perfect example of a Byzantine temple in Italy, another memorial left by the monks in this Holy Land of Basilian monasticism is the little Church of San Nicola da Tolentino, with its gentle trullo shaped dome and the characteristic arrangement of flat roof tiles. From this small church the view expands towards the infinite horizon of the sea and the hills of the Stilo valley. In the Renaissance-style Church of San Francesco (approx 1450), whose façade was reconstructed at the beginning of the 18th century and set against an imposing bell-tower, you can admire some frescoes attributed to the painter Francesco Cozza. During his younger years, the friar Tommaso Campanella stayed in the small convent of the Church of San Domenico, built by the Dominicans around 1600.The Baroque Church of San Giovanni Theresti was erected in 1625 and in 1662, it was dedicated by the Basilian monks to their saint, whose remains are preserved in the church. Last but not least is the Duomo (cathedral), erected in the 14th century but extensively reconstructed. It was one of the most ancient episcopal sites in Calabria and contains at least three masterpieces: the majestic pointed Gothic portal, bordered by numerous little columns, the stone sculpture on the right side of the same portal and the 17th century canvas Paradise by the Neapolitan painter Batistello, one of Caravaggio’s pupils. The remains of the Norman Castle, built on the edge of Mt. Consolino by Roger II, can be reached on foot via a scenic path which starts from the Cattolica. Finally, the Arab Moorish sculptures of the Fountain of the Dolphins are also worth visiting.

The savoury cumbité olives, the fragrant dried tomatoes, the sharp pecorino cheese, the pork sausages (soppressate or capicolli), home-made pasta, cut with the ferro (iron stick) following the traditional method and served with strongly flavoured sauces such as goat meat sauce or a sauce made with stuffed eggplant.

What is “BORGO”. The literal translation of Borgo in English would be “Village”. But the term Village does not fully explain what a “Borgo” is. A “Borgo” is a fascinating small Italian town, generally fortified and dating back to the period from the Middle Ages to the Renaissance.
Category: Calabria29 December 2017