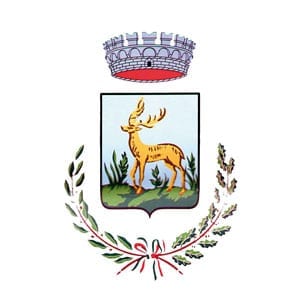 It’s not clear if the name of the village derives from çifti (meaning “pair, couple” in arbëreshë language), from qifti, “eagle”, or from the Latin word civitas. According to the morphology of the place, the right name would be “eagle’s nest”, because the Borgo appears hidden from the rocks, a vertiginous viewpoint, like an eagle view on the Ionian Sea.

In the heart of the Pollino National Park, nestled between the rocks, Civita is a treasure chest that preserves the ancient traditions of the Arbëresh people. It is surrounded by wooded mountains and the Ionian Sea on the horizon.

Civita is one of the best preserved Borgoes in Calabria region, characterized by an urban structure made of alleyways and courtyards that intersect each other. This structure (typical of the  three main districts – Sant’ Antonio (the oldest and most fascinating), Piazza and Magazzeno) is called gjitonia in Albanian, a term of Greek origin meaning “neighborhood”. The gjitonia represents the smaller portion of the urban structure, consisting of a small square in which the alleys merge, surrounded by buildings. Here the people meet in their free time and choral songs between women are improvised. Civita’s characteristic features are also the chimneys and the “talking houses”. The chimneys are almost works of art: imposing chimneys with whimsical shapes, different one from the other and made according to the inspiration of the master mason. The chimney was like the signature for a new house, of which it became the totem, with the function not only of sucking smoke but also of keeping evil spirits away. About fifty historic chimneys were built in the Borgo, probably between the end of the seventeenth century and the beginning of the twentieth century.

Strolling around the Borgo, you can admire the so called “Kodra houses” or “talking houses”, a sort of homage to the world-famous Albanian painter Ibrahim Kodra. These are very small houses with windows and chimneys, whose façades clearly recalls the human face.

The oldest part of the Borgo is the district of Sant’ Antonio, which has medieval origins and has typical chimneys, hanging ovens and loggias. In the historical center, in addition to the chapel of St. Anthony and the sixteenth-century  Santa Maria della Consolazione, you can visit the church of Santa Maria Assunta, built in the second half of the XVI century. The plant is oriental: it looks towards the sunrise and bears the symbols and forms of Byzantine theology. Today, in fact, the church has the iconostasis (the wall that holds the icons) and the Greek altar. The Byzantine liturgy is celebrated there, because the Albanians of Italy are Catholics of Greek rite. In the church, therefore, the statues are replaced by icons: those of Christ Pantokràtor and the Virgin Odigitria were painted by Alfonso Caccese, and those of the twelve feasts of the year come from Athens.

The local gastronomy is a combination of Arbëreshë tradition and the typical cuisine of Pollino region. The knowledge of the housewives combined with quality raw materials and the presence of aromatic herbs, produces tasty dishes: homemade pasta served with kid’s sauce; ham and capocollo; fresh cheese; gnocchetti with ricotta cheese; fettuccine with porcini mushrooms; lamb and kid, served with Pollino wine.

What is “BORGO”. The literal translation of Borgo in English would be “Village”. But the term Village does not fully explain what a “Borgo” is. A “Borgo” is a fascinating small Italian town, generally fortified and dating back to the period from the Middle Ages to the Renaissance.
Category: Calabria1 March 2018