MUNICIPALITY OF acerenza
only the historical centre
(Potenza District)
Altitude
mt. 833 a.s.l.
POPULATION
3009 (800 in the borgo) 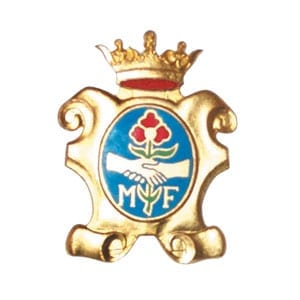 The Oscans, who were among the first Lucanian tribes, occupied the uplands of Basilicata, including the place that they called Akere, later Acherutia. The Latin poet Horace mentioned it as Acherontia, bringing the name back to its true origin and its true meaning of “high place”.

Perched on a tuff cliff, at more than 800 meters above sea level, between the broad Bradano river valley and the Fiumarella stream, it is truly the “caelsae nidum Acherontiae”, the “eagle’s nest of Acerenza” described by the Latin poet Horace, born in the nearby Venosa. The layout of the town is that of the typical medieval walled Borgo. To those arriving from Puglia, Acerenza shows its northeastern side in all its imposing compactness, highlighting the rear complex of the Cathedral, harmonizing with the urban structure and with the building materials and color of the façades and roofs. The imposing 11th century Cathedral, in a Romanesque Cluniacensian style and dedicated to Our Lady of the Assumption and St. Canio, stands in all his majesty overlooking above the rest of the village skyline. The wonderful portal, where humans and animals are monstrously intertwined, is pure Romanesque. During the Baroque period the cathedral was covered with stuccoes, which radically changed its atmosphere; the work done in the 1950’s restored it to its original appearance. To fully understand it, one must walk around it, studying the old stone walls, the volumes of the apses and turrets, searching for its thousand small secrets before entering, if possible at sunset, when the rays of the sun pass through the rose window and an intense beam of light falls on the altar. And truly, by going around it through the narrow streets and the terraces with beautiful views of the gentle hills, the Cathedral unveils its first treasures: set here and there among the millenary stones are marbles from Roman times, figures carved into tombstones worn by time, and Greek columns. Every detail is precious: the ancient holy water stoups, the ape heads at the base of the columns, the frescoes (including an evocative St. Margaret and the Dragon), and the basreliefs. The Ferrillo coat of arms, repeated one hundred times in frescoes and on tiles, is also on the large sarcophagus behind the altar: the “Coffin of St. Canio.” In the early 1500s, Giacomo Alfonso Ferrillo, the “archeologist count,” and his beautiful Slav wife, princess Maria Balsa, called Pietro di Muro Lucano to the palace and commissioned him to build a small crypt below the presbytery, and hired Giovanni Todisco to fresco it. The result is a small chest of treasures, a masterpiece of Renaissance art that blossomed here in the distant south, created by local artists of rare sensitivity. Leaving the cathedral, after admiring the 16th century former court building, you may stroll through the tiny streets of the historic center and linger before the impressive 18th century aristocratic residences, with their stone doorways, embellished with simple sculptures or the coats of arms of the venerable Acerenza families. Facing Largo Gianturco is the old Curia building, which occupies part of the old Lombard-Norman-Suevian castle, partially rebuilt in the 1950s.

In Acerenza, enjoying a glass of Aglianico is a must. A full-bodied red wine from medium to long aging, it has a ruby red color with garnet overtones, and a delicate bouquet of berries, with hints of vanilla and wood, if aged in barriques, or of leather and tar if aged for a long time. The flavor is dry and harmonious, and tends to become velvety with aging. Other treats from the area include the typical sausage, the Acerenza headcheese, and an excellent extra virgin olive oil.

What is “BORGO”. The literal translation of Borgo in English would be “Village”. But the term Village does not fully explain what a “Borgo” is. A “Borgo” is a fascinating small Italian town, generally fortified and dating back to the period from the Middle Ages to the Renaissance.
Category: Basilicata1 March 2018