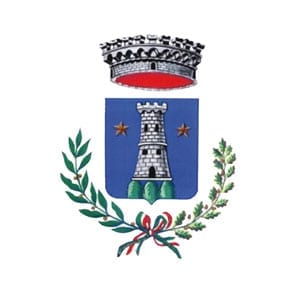 Castrum Byanelli – from Vibianus, diminutive of Vibius – was a Roman outpost in the lands of Lucania. The toponym Byanelli appears in the register of the Angevin record office (1278-79), but documents of the Aragonese period (end of the XV century) already present the name of Viggianello.

Viggianello is a Borgo with a strong Byzantine and Norman influence. The monks who created the laure were Byzantines (groups of monastic cells with a church in common), still visible in the historic center. The Borgo incorporates the ancient Arab residential area that corresponds to the Ravita district (IX century). After the Saracen domination, the Normans consolidated their power by restoring the walls, of which there is no longer track, and by building the tower on the highest point of the borgo, where the Roman castrum stood. The Swabians were the ones who embellished the castle in the architectural style typical of the Frederick II period, the emperor who stayed there twice, in 1224 and in 1227.  The Aragoneses, with the Spanish general and viceroy of Naples Gonzalo Fernandez de Cordoba, succeded and conquered the castle at the end of the fifteenth Century. In the following century, the Sanseverino turned it into a noble residence. Worth seeing are some buildings such as the fifteenth century chapel of San Sebastian, of Byzantine origin like various other chapels scattered in the surroundings, the mother church dedicated to Santa Caterina d’Alessandria, rich in works of art,. The church, rebuilt by the barons Bozzuto in 1634, has paintings of the seventeenth and eighteenth centuries, a Sixteenth Century baptismal font in alabaster, an eighteenth century marble altar by the sculptor Gregorio Palmieri, a sixteenth century stone sculpture of a Madonna, the Renaissance wooden statue of the patron saint and a crypt where the mummies of three priests are covered with golden vestments and sitting on a bench. Traces of Byzantium are also in the chapel of the Holy Trinity and in the church of San Francesco di Paola. The best sculpture is the Madonna with Child in white marble by Pietro Bernini, which was housed in the convent of Sant’Antonio. Finally, in the church of Santa Maria della Grotta, you’ll admire the white stone portal. Among the civil buildings there are the architectural complex of the Palazzo De Filpo, the Baroque Palazzo Marino with its numerous lounges, the eighteenth century Palazzo Caporale. There are also numerous fountains: the most beautiful are of the Nineteenth Century, scattered in the rioni (suburbs) San Francesco and Marcaldo Finally, in piazza Umberto I you can enjoy a magnificent view over the Mercure-Lao valley.

Those of Viggianello are poor dishes with land flavors: the rappasciona is a mix of cereals and beans; the mbastata soup and “kneaded” with potatoes and seasonal vegetables; the fusilli are called rascatieddi; frascatula is a truthful polenta; the omelet is made with peppers and sausage.

What is “BORGO”. The literal translation of Borgo in English would be “Village”. But the term Village does not fully explain what a “Borgo” is. A “Borgo” is a fascinating small Italian town, generally fortified and dating back to the period from the Middle Ages to the Renaissance.
Category: Basilicata4 January 2018