MUNICIPALITY OF venosa
only the historical center
(Potenza District)
Altitude
mt. 415 a.s.l.
POPULATION
12220 (2000 in the borgo) 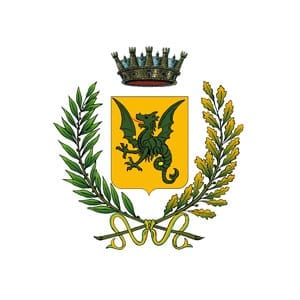 There are various hypothesis regarding the origin of its ancient name, Venusia. The most widely accepted is that the city was founded in honour of Venus, the goddess of love. Others attribute its origin to the borgo’s abundant and delicious wines (vinosa, vino in Italian means wine), others to its many “veins” of water, while yet others theorize that the name refers to the town’s windy climate (ventoso in Italian means windy).

In the Archaeological Park, you can visit the Roman baths, remains of private Roman houses, and the amphitheatre. Archaeological excavations have also brought to light a patrician house of the 1st century AD, called “the House of Horace,” Jewish catacombs containing a series of hypogea discovered in 1853 (the presence of a large Jewish community is attested to by numerous remains), as well as a Palaeolithic site dating to 600,000-300,000 years BC. Little of the Lombard castle remains, while the massive structure of the Aragonese castle, begun in 1470 by Pirro del Balzo, still watches over the daily life of this ancient borgo. On the western tower, the “Del Balzo” coat of arms can be seen, depicting a blazing sun. This rugged castle, with its four cylindrical towers, was later transformed into an elegant residence by the Gesualdo family, particularly Carlo, who was defined by Torquato Tasso “the Prince of Musicians,” and by Carlo’s son, Emanuele. Those rooms which echoed with Carlo’s wonderful madrigals also hosted, towards the end of Carlo’s life, the refined intellectual court of the “Academy of the Rinascenti” (1612). But the true symbol of Venosa is the Unfinished Church of the Trinity, an evocative stone jewel, which seduces the observer with its very incompleteness. The abbey complex of the Most Holy Trinity, of which the Unfinished Church is part, was begun in the 5th century, when the Old Church (Chiesa Vecchia) was constructed upon the remains of a Roman temple. The Lombards added the first Benedictine monastery in 942, which was subsequently enlarged by the Normans. The abbey became one of the most important in the South, and when the Benedictine abbots found it insufficient for their liturgical needs, a large scale extension was planned, perhaps in order to create a single, immense basilica. Once the external walls and part of the colonnade had been erected, however, the New Church (Nuova Chiesa), following the changing fortunes of both the Benedictine order and of the historical era in general, ended up unfinished. Among Venosa’s many churches there is also the Cathedral of Sant’Andrea, with its nave and two aisles modulated by pointed arches, begun in the second half of the 1600s, the 17th century Church of San Filippo Neri, and the famous church dedicated to San Rocco for his having liberated the city from the plague of 1503. In the borgo you will also admire many artistic fountains, among the most beautiful are the Angevin (1228), the Messer Oto (1313) and the 15th century San Marco fountain. Venosa also boasts examples of splendid civic architecture. The most remarkable include the 18th century Palazzo Calvino, with its elegant façade, the Palazzo del Balì, begun in the 14th century, seat of the religious order of the Knights of Malta, Palazzo Dardes and Palazzo Lauridia, both 18th century constructions, and the imposing Palazzo Rapolla, which dates back to the second half of the 17th century.

Aglianico del Vulture: Horace himself sang the praises of this red wine: “savoured by the mind and drunk by the heart,” said the poet, “giving comfort and joy to life”. The wine has a delicate violets scent and a lovely ruby red colour, which becomes tinged with orange overtones with ageing.

Strascinati, a home-made pasta with tomato sauce and seasoned ricotta cheese grated on top. Other specialties include lagane and chickpeas, and tagliatelle with chickpeas cooked in the characteristic pignata (clay pot).

What is “BORGO”. The literal translation of Borgo in English would be “Village”. But the term Village does not fully explain what a “Borgo” is. A “Borgo” is a fascinating small Italian town, generally fortified and dating back to the period from the Middle Ages to the Renaissance.
Category: Basilicata4 January 2018