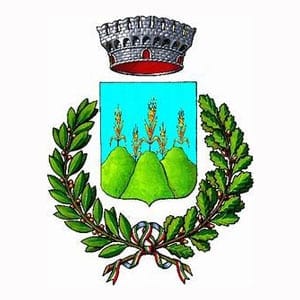 The name has a  Latin origin, deriving  from Irtini, the ancient population  who first inhabited Mount Irsi, the hill in front of the actual city, or from Hirsum, the place where a temple stood in honor of Santa Maria dell’Hirso. From the Middle Ages until 1895, the name of Irsina was Montepeloso, from the Greek plusos, “rich land”.

A Norman stronghold until 1663, a “land of Otranto” like Matera, Irsina was surrounded by soft, green landscapes, an effect of the nineteenth-century policy of arable farming. The city, with a strong wheat production, looks at the Irsi hill, holding archaeological secrets in its bowels, partly unveiled in the archaeological museum dedicated to Michele Janora. The strange underground galleries, called “bottini”, collect the water to deposit it in decanting tanks, purifying it and channelling it afterwards into the beautiful eighteenth-century external fountain with thirteen mouths.

A small and austere historical centre, Irsina keeps its treasure in the cathedral of Santa Maria Assunta, which preserves the crypt and the Romanesque and Gothic bell tower of the ancient church. At the back it has the appearance of a fortress integrated with the walls. Its treasure is the beautiful polychrome statue of St. Euphemia, in Vicenza stone from Nanto, which the art historian Clara Gelao attributed in 1996 to Andrea Mantegna, while previously it was considered to be a work by Pietro Lombardo.

Scholars are not convinced of this attribution by now, but one wonders how a Mantegna arrived here. The work, rare evidence of the sculptural activity of the Renaissance artist, is part of a donation arrived in Basilicata from Padua in 1454 thanks to Roberto de Mabilia, presbyter of the church of San Daniele and a native of Irsina, a city that in that time had a bishop and a cathedral. This statue is an absolute masterpiece, of extraordinary seduction: the saint has an enthralling gaze, exciting, you never finish admiring her. The Borgo, among other things, already had a painting by Mantegna, now featured at Capodimonte in Naples.

In the cathedral the relic of the Saint’s arm, a sculpture of the Madonna and Child, a wooden crucifix by the Donatello school, and a baptismal font in Nanto stone are also kept.

Our visit continues in the crypt of the church of San Francesco, with fourteenth-century frescoes in Giotto style. Irsina’s approximately 27 thousand hectares of protected landscape have pushed dozens of foreign families – English, Belgians, New Zealanders, Swedes, Norwegians, Irish, Americans – to move to the ancient borgo. The frescoes in the crypt of San Francesco, inside a Norman tower, were commissioned by the Del Balzo family. They are the work of some artists close to Roberto d’Oderisio, a Neapolitan painter of the Giotto school, between 1370 and 1373.  Umbrian, Florentine, Sienese and international influences that affected Naples in the fourteenth century can be recognized in these frescoes.

The underground tunnels at man’s height that follow the course of the aquifer are called “bottini”. The layer of pudding and the impermeable clay layers allowed the accumulation of water that is decanted and then reaches the eighteenth-century external fountain.

Known for its cereal-growing and breeding of Lucanian black pigs, Irsina offers tourists the products of its peasant tradition – such as u callaridd, an ancient recipe from the Murge based on lamb, and mastaccere, round and flat biscuits – on August evenings dedicated to concerts, exhibitions and food and wine tours. On mid-August there are small altars in honour of San Rocco. The scent of bread with a thick crust and the taste of cured sausage are unforgettable.

The patronal feast of St. Euphemia recalls every year, from 14th to 17th September, the arrival in 1454 of Roberto de Mabilia da Montepeloso, priest and notary in Padua, patron of Andrea Mantegna.
Torri Umane Pzzcanto’ is an event in honour of the Madonna della Pietà: groups of boys are arranged in a circle forming human towers and rotating to the rhythm of ancient songs.

What is “BORGO”. The literal translation of Borgo in English would be “Village”. But the term Village does not fully explain what a “Borgo” is. A “Borgo” is a fascinating small Italian town, generally fortified and dating back to the period from the Middle Ages to the Renaissance.
Category: Basilicata28 May 2018