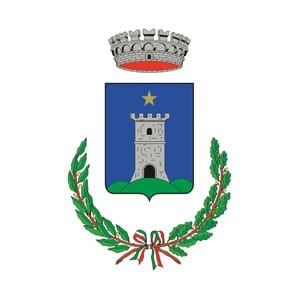 The name comes from Castrum Perticari: the Longobard latifundium perch was the part of territory allocated to settlers’ families.

Called “the Borgo of stone houses”, Guardia Perticara must be walked through slowly, catching the benevolent looks of women from the doors of their houses, it is not rhetorical to think that when the Director Francesco Rosi came to shoot the sequences of “Christ stopped at Eboli,” he felt that it had a village atmosphere that has been lost elsewhere. A perfect neorealist setting, where the linen hanging between alleys is less careless than the housing materials that have been ruined in a lot of other old towns. Stone proudly resists in Guardia Perticara. The local Gorgoglione stone gives life and importance to its portals, stairs, arches and galleries and marries well with the wrought iron balconies and definitely with the fresh air that carries the smell of woods in the streets without encountering any resistance. The stone carved by craftsmen and the red brick vaults let visitors know that this Borgo is seriously involved in regaining its identity. It’s beautiful going up the stairs that climb to the castle, dominating the entire Sauro valley (700 mt. high), walking along charming streets like via Marconi or via Diaz, where stone houses still have the traditional old bent tiles, ancient windows frames and the architectural details of a masterly secular building technique. Let’s look in particular at the portals of via Diaz, the emblem of Palazzo Montano, the rosette of Casa Marra, the basrelief of S. Nicola on the portal of the Mother Church, the Vico II arch in Piazza Europa, the mask of Casa Marra and that of Palazzo Fanelli, the stone bracket of Casa Sassone. It is easy to get lost in this stony grey atmosphere which is like the emblem of a life that needs to be redeemed, that wants to open new pages in the landscape of the South, finding sense in a community destroyed by emigration and now ready to regain their beautiful, humble and simple Borgo. Guardia perticara was damaged in 1980 by an earthquake but the Gorgoglione stone from which most of the historical buildings, ancient churches and the simplest houses were built, somewhat managed to resist it.

Worth tasting is the excellent cheese such as caciocavallo, ricotta and pecorino, the local honey is also excellent. Traditionally pork was kept as a food reserve for the family and is the main ingredient of typical local sausages such as soppressata and capocollo. There is a remarkable presence of spontaneous liquorice and herbs in general. And last but not least, the typical strazzatella and chizzola biscuits from the local bakery.

What is “BORGO”. The literal translation of Borgo in English would be “Village”. But the term Village does not fully explain what a “Borgo” is. A “Borgo” is a fascinating small Italian town, generally fortified and dating back to the period from the Middle Ages to the Renaissance.
Category: Basilicata1 March 2018