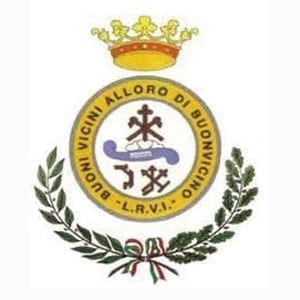 Buonvicino was born around the second half of the fourteenth century from the union of three villages, two of Greek origin (Salvato and Tripidone) and one of Roman origin (Triggiano), pacified thanks to the work of the Basilian monks. This relationship between “good neighbours” has, according to tradition, given its name to the village. However, it is more likely that the origin of the place-name is the silkworm – bombiyx in Greek language – which was cultivated in this area.

Partly mountainous and partly located in the valley of the Corvino river, the territory of Buonvicino extends almost up to the Tyrrhenian Sea near Diamante. The ancient Borgo rises on a rocky spur inside the Pollino National Park. The municipality includes 19 districts scattered throughout the valley.

In the historic center stands the Palazzo De Paola of the Barons of Malvito, who bought the feud of Buonvicino from the Sanseverino family. The popular revolt against the De Paola only spared Hippolytes Laudomy, who, with the restoration of feudalism, married Lucio Cavalcanti, Baron of Sartan. The Cavalcanti dynasty brought new vigour to the Borgo, which experienced an intense urban development. The mother church dates back to that period (it is dedicated to the local saint, Ciriaco, who was abbot in the monastery of Santa Maria dei Padri ) as well as the nearby Ducal Palace, now Palazzo Caglianone. Also noteworthy are the three noble palaces attributed to the Cauteruccio family. The first is abandoned in the square XVII September; the second, acquired by the Municipality, is now home to the Museum of Arts and Taste; the third, purchased by private individuals, gave life, along with other properties, to the Village of the Greeks, the first Albergo Diffuso in the Pollino Park.

The Borgo is a maze of alleys, called “sporti”, and stairways and is enriched with portals of good workmanship. It has an unbridled and earthy air, and a viewpoint – where the monumental statue of San Ciriaco is placed – from where the gaze sweeps over the Riviera dei Cedri marine park and over the gulf of Policastro.

The Museo Arti e Gusto Buonvicino (Museum of Good Neighbour Arts and Tastes) contains the history of the town in five thematic sections: archaeology (evidence of the Byzantine and Lombard settlements that came to light at the Sasso dei Greci), folk art (documentation of local crafts), sacred art, contemporary art and environmental heritage.

Established in 1988 between Calabria and Basilicata, the Pollino National Park is the largest protected area in Italy, and also the one that, in a densely populated country like ours, best interprets the Anglo-Saxon concept of wilderness: a natural area where the presence of man is rarefied and the eyes are filled only with greenery, space, sky, rock. From Buonvicino many nature trails start. In the Corvino valley  you will find the cave (with an adjoining church) where San Ciriaco Abate lived as an anchorite between the 10th and 11th centuries. Going up the mountain, at an altitude of 800 mts. You can admire the sanctuary of Our Lady of the Snow. Downstream from the village of Serapodolo, near which fifty types of wild orchid have their habitat, you can reach the Sasso dei Greci, an ancient Greek settlement.

During the Easter period, gastronomic culture is intertwined with religious culture: it is a tradition to spend Easter in the Pollino Park bringing with you dishes such as baked pasta, kid with baked potatoes, asparagus omelette, sweet or savoury pizzatua.

The feast dedicated to Our Lady of the Snow is celebrated on August 4th and 5th,  at 800 meters above sea level between tarantelle (typical dance of Southern Italy) and local specilaties.

In mid-September, during the patronal feast of San Ciriaco, the saint is carried in procession in the Corvino valley , where he is remembered eating fusilli (a kind of home-made pasta) with goat meat sauce, cod and fried peppers, stew and goat tripe.

In Christmas time, sweets such as quinulas, cannariculi and crepes can be enjoyed in the area.

What is “BORGO”. The literal translation of Borgo in English would be “Village”. But the term Village does not fully explain what a “Borgo” is. A “Borgo” is a fascinating small Italian town, generally fortified and dating back to the period from the Middle Ages to the Renaissance.
Category: Calabria7 June 2018