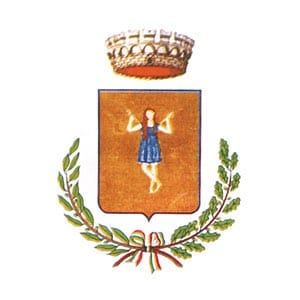 Documents of the 5th century BC already mention the town with the Greek name of Siberene. It is not known, however, when the place changed its name. There are two hypotheses: the Latin version of the name Sevriana/Severina, (Saint would have been added by the Byzantines, after the town re-conquest in 886). Or Saint Severina, already venerated by the Byzantines and to whom they dedicated their new homeland.

The Borgo rises on a spur of tuff rock dominating the valley of the Neto river. Someday at dawn, when the haze covers the rocks, the Borgo looks like a large ship made of stone. The original town plan is practically intact (with the houses belonging to the richer families at the top of the hill, the others dug into the rock). Next to the district of Grecìa lies the district of Iudea, inhabited by the Jews until their expulsion in 1510. From the 9th to the 11th century the town lived its period of greatest splendor: the Baptistery, which is accessible via a little door in the Cathedral, is the oldest Byzantine monument in Calabria: built between the 8th and the 9th century on a circular base with a Greek cross. The original baptismal font is situated in the centre; the ogival stone portal dates back to the Swabian epoch; the interior has, unfortunately, lost its original Byzantine colours. The Church of the Addolorata dates back to a preNorman epoch and rises on the remains of an ancient bishopric. Many elements of the old cathedral, consecrated in 1036, still remain. The Church of Saint Filomena, an interesting example of Byzantine-Norman architecture, is an 11th century construction formed by two chapels placed on top of a rectangular floor plan, with a small dome decorated with little columns (a typical pattern in Armenian buildings) and two Norman ogival portals. What was once the Church of the Pozzoleo has been restored, and today holds the crypt of Saint Filomena. It once held a beautiful holywater font made of Parian marble, now in the Diocesan Museum. The majestic, imposing Castle was built by the Normans in 1076 on the remains of the previous Byzantine fortification. In 1905 the Castle was purchased by the Municipality who recently returned it to its ancient splendor. One of the most complex and beautiful military buildings in Calabria, the castle is surrounded by strong, crenellated walls with a moat on three sides, it contains intricate, underground labyrinths and stables with the remains of mediaeval frescoes. Magnificent stucco decorations and Baroque paintings by Francesco Giordano can be admired in the living rooms of the fortress. Built between 1274 and 1295 by Ruggiero di Stefanunzia, the Cathedral floor plan has the shape of a Latin cross with three naves. A further inscription dedicates the church to Saint Anastasia, patron saint of the town. The Church of St. Antonio is also seventeenth century, with a beautiful portal made of tuff rock. The Cathedral to the north and the Norman Castle to the south are the two important buildings in the Campo (field) quarter, the name given by the inhabitants of Santa Severina to their square in memory of its military use as a parade ground.

Aranciaru, the orange is the name by which the people from Santa Severina have been known for centuries. Due to the special characteristics of the soil this fruit has exceptional nutrition qualities, so it is very reqyested in the best restaurants and at the most important fruit shows.

The typical dish is pasta chjna, rigatoni stuffed with provola cheese and sausage.

What is “BORGO”. The literal translation of Borgo in English would be “Village”. But the term Village does not fully explain what a “Borgo” is. A “Borgo” is a fascinating small Italian town, generally fortified and dating back to the period from the Middle Ages to the Renaissance.
Category: Calabria19 December 2017