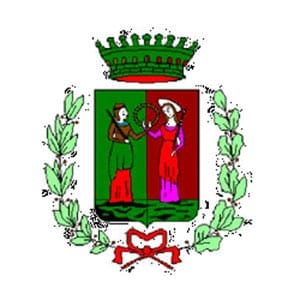 The name Santa Fiora is mentioned for the first time in a parchment dated June 27th 833, found in the inventory of the Sforza-Cesarini family. Another document dated 890 mentions the same toponym  terra Sancte Flore  among the lands owned by the San Salvatore abbey.

The Borgo of Santa Fiora lies on the southern slope of the Amiata Mountain and is surrounded by chestnut trees. Its wide historical center is an important tourist destination of this area which is particularly rich in traditions that testify its grandiose past.
The Borgo rises on a trachite hill and is divided into three quarters called terzieri named Castello, Borgo and Montecatino, that gradually descend from the chestnut trees down to the springs of the Fiora river.

Your visit of Santa Fiora may start from the Terziere di Castello, the most ancient part of the Borgo. Its original medieval square is dominated by the rests of the fortified buildings of the Aldobrandeschi family (the tower, the basements and the clock tower) and by the Sforza Cesarini Palace (XVI cent.), which today hosts the Town Hall.  The Palace bears a big wooden golden coat of arms of the Sforza Family and remarkable frescoes of the Cavalier d’Arpino school. The Palace also houses the Museo delle Miniere di Mercurio of the Mount Amiata, (museum of the mercury mines), featuring the story of the work in the mines. Going further you’ll reach Piazza del Suffragio, where you’ll find the great crosses that are carried in the solemn procession held on May 3rd, and then Piazza dell’Olmo and Piazza San Michele, dominated by a statue of Saint Michael stepping on the devil (XVII cent.). You’ll then reach the Parish Church Pieve delle Sante Flora e Lucilla, that hosts one of the most interesting collection of robbiane (monumental altarpieces in glazed earthenware, by Luca e Andrea Della Robbia) in the world.

From Piazza dell’Arcipretura through the Porticciola, a medieval gateway, you’ll enter the Terziere di Borgo quarter. From here a beautiful view of the surrounding landscape can be enjoyed: the valley of the Fiora River, the Mount Calvo (on the left) and the Mount Labro (on the right).

Along the Via Lunga you’ll reach the Ghetto, the jewish quarter were ther Sinagoga used to stand. From here you’ll reach the characteristic Piazzetta del Borgo with the Church of Saint Augustine  (XIV cent.), that preserves frescoes and a wooden crucifix of the 15th century.

Through Porta San Michele gateway you’ll reach the Terziere di Montecatino. Thanks to the abundance of water, many manufacture once flourished here. But the most remarkable view is that of the water pool, the Peschiera, a suggestive Sforza park that alone is worth a journey here  (XVI cent.); and the nearby Church of Madonna delle Nevi that rises over the springs of the Fiora River, that you can see flowing under a glass floor. Close to the Peschiera you’ll find the Tunnel of the River Fiora Springs, that have always fascinated all the people visiting or living in Santa Fiora.

Many excursions can be done in the surroundings of Santa Fiora, such as the Naturalistic Paths along the Mount Amiata or those departing from the geothermal power station of Bagnore up to the Springs of the Fiora River. At the foot of Mount Calvo, where the wood gets of an even more intense dark green colour, you can visit the Convent of the SS. Trinità. The convent, was erected at the end of the XV century by Guido Sforza as a wow for having being capable of killing a snake. It was restructured and submitted to the Franciscans, that have administered  it up to few years ago. According to legend, the count Guido wanted to erect the convent as a vote to have defeated and killed a “cifero snake” that infested the countryside of the Fiora. In the convent you can still admire  the legendary head of a dragon to testimony the episode. The Church preserves important works of art and is immersed in a wood of great natural value, known as a rare habitat of silver firs and is part of the Natural Reserve of the SS. Trinità.

The local chestnut, porcini mushrooms and the Onion of the Selva di Santa Fiora  are among the most appreciated local products. The typical dishes are l’acquacotta and the chestnut polenta.

What is “BORGO”. The literal translation of Borgo in English would be “Village”. But the term Village does not fully explain what a “Borgo” is. A “Borgo” is a fascinating small Italian town, generally fortified and dating back to the period from the Middle Ages to the Renaissance.
Category: Toscana19 December 2017