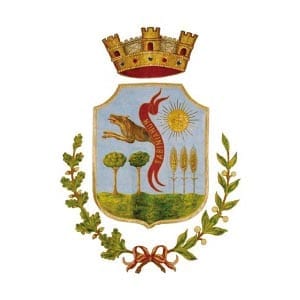 The name derives from the Latin Sabinus + the suffix –ianus and is supposed to be linked to Nasellius Sabinus, a Roman soldier of noble origins. The name could also be referred to the Sabines, a pre-Roman Italic population of central Italy.

Your visit may start from the Guevara Castle, a defensive castle erected during the Longobard era (VII-VIII cent.), turned into a Fortress by the Normans in the XII cent. and then into a noble palace under the Guevara rule. The restoration carried out by the Municipality administration in 1990 revealed a layer of ash of the last eruption of the Vesuvius (1944) as well as portals, stairs, a barn, a saloon, some ovens and a well that leads to a basement perhaps used as a jail.

Porta Grande is the ancient doorway located in the southern side of the defensive walls, dating back to the XVI cent., it separates two quarters:  “Sotto i Finestroni” in the west side and  “Dietro Corte” in the east side.

The Mother Church, built over the ancient medieval Church, on the southern side of the historical centre, and dating back to XVI cent. The tiered façade is a reinterpretation of the Romanesque style and is made of a stone coming from  “Targiana” (an area located between Savignano and Monteleone). The monumental central portal is surmounted by a rose window and by a crescent with a china representing Saint Anne. Inside are three naves and two raws of carved pillars holding five full-centre arches. Along the naves are five chapels: Sant’Anna,  Santissimo Cuore di Gesù, Addolorata,  Santissimo Sacramento with a wooden altar and San Giuseppe. The main altar dates back to 1738 and the baptistry to 1514. Remarkable is also the Chapel of Saint Anne, recently restored.

Via dei Finestroni is one of the most ancient streets of the historical centre, with a lava stone flooring and houses with arches looking like big windows.

La Tombola is the most panoramic place of the historical center where you can enjoy a splendid view of the surrounding villages. Its name probably derives from the Latin “tombula”, meaning small tomb.

Sulphur spring “Rifieto”, located in Contrada Licese, at the foot of the Mount S. Angelo and surrounded by the Savignano’s wood , an area of 12 hectares rich in conifers, oaks and an uncontaminated wild fauna. The Spring water is reknown for its  healing properties.

The “Tratturo della transumanza” is a path that is part of the so-called “vie dell’erba” (grass routes) that, since medieval times, allowed the sheperds to reach the   fertile pastures of Puglia.

Hand-made pasta is a real art and tradition: every year, during the famous August feast, mothers and grandmothers use to make thousands of orecchiette pasta dressed with the “ragù” sauce or with tomato, arugula and parmesan cheese. Other typical dishes are: Cicatielli e fagiolini, laganiell e fasul, the colazione savignanese (potatoes and fried peppers), the pork soup,  the ciambott (a soup made with zucchini, potatoes, green beans and celery).

What is “BORGO”. The literal translation of Borgo in English would be “Village”. But the term Village does not fully explain what a “Borgo” is. A “Borgo” is a fascinating small Italian town, generally fortified and dating back to the period from the Middle Ages to the Renaissance.
Category: Campania19 December 2017