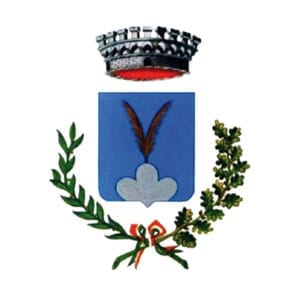 The toponym Montis Viridis refers to the green of the forests that surrounded the hill on which stood the castle. The woods were then replaced by the cereal crops.

Located nearby the eastern borders of Campania, in the land of Irpinia whose symbol is the wolf, Monteverde rises perched around the castle, preserving the original urban structure, with narrow streets and the use of rock for residential purposes. Strolling in the alleys you will notice, embedded in a house, a rock shaped by the wind in the form of an elephant.

The castle, built with the local stone, was adapted and enlarged in the fifteenth century by the Aragonese on the tower erected by the Lombards to defend the borders of the Duchy of Benevento. Equipped with four cylindrical towers at the corners of a structure with an irregular plan, it was transformed from a fortress to a stately residence in 1744 by the Sangermano barons, who added the right wing. The best preserved tower is on the southern corner. The castle was completely renovated in 2006. At its foot is still visible a portion of the pelasgic-samnite walls (IV-III century BC).

In the cobbled streets, the attention is often captured by some interesting buildings such as the palaces Pelosi and Spirito in via Bocchetti, embellished by artistic portals.

The former cathedral dedicated to Santa Maria di Nazareth, overlooked by the castle,  is presented to us in the Baroque form of the reconstruction of 1728, but the original plant dates back to the 14th century, with a 16th century enlargement. The last restoration following the 1980 earthquake revealed Romanesque structures. Inside it contains paintings by the Neapolitan school of the seventeenth century, wooden statues and altars of between the fifteenth and eighteenth ages; a crucifix was recently dated to the thirteenth century.

The parish church is also dedicated to Santa Maria di Nazareth and was rebuilt in 1728, but the renovation dates back to 1901; the primitive layout dates back to the 11th century and the paintings inside to the eighteenth-century. The church of Santa Maria del Carmine, eighteenth-century, was annexed to the convent of the Carmelites suppressed in 1652; it has a bell tower with Gothic mullioned windows of 1888. Worth mentioning are two small churches, the church of Sant’ Antonio (XVII century) and the rural church of San Rocco at the entrance to the borgo.

The borgo is renowned for its pork sausages, such as soppressata and capocollo, and for dairy products from wild cattle farming such as caciocavallo, scamorza, ricotta, fresh and mature cheese. Serro Croce craft beer is also produced here, with barley grown locally.