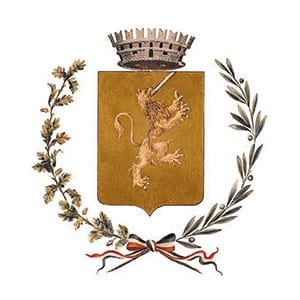 The name Dozza is documented since 1126, it probably derives  from the  Latin word doccia  (aqueduct).

The Rocca Sforzesca (fortress) rises at the meeting point of the two main roads that cross the borgo and it has a hexagonal plan with two large towers and a perimeter of 530 m. Its current aspect is the result of its transformation into a noble palace (made by Malvezzi in 1594). The drawbridge was rebuilt according to the original design. Concerts, live performances, and food and wine festivals are housed in the courtyard.  In the ground floor there is the ancient kitchen, with antique burners, fireplaces, and utensils. The heart of the residence is the ”piano nobile” (noble floor), with 18th century paintings, a large terrace, Renaissance and Baroque decorations, and a large canvas of the late 17th century.

In the historic centre, murals by important artists create color and atmosphere.

Here you can admire the Church of Santa Maria Assunta in Piscina (built in the 12th century over the ruins of an earlier Romanesque church), the Rivellino (it incorporates the 18th century village entrance gate), and the Rocchetta (14th century).

In the surrounding area there are the parish church of San Lorenzo, the 13th century Monte del Re convent (now a hotel), and the 17th century Sanctuary of the Calanco.

Albana is an excellent white wine produced in this area, it is certified DOCG.

The local Menu includes : handmade pasta  (tagliatelle, garganelli and tortelli) with ricotta cheese or meat sauce. Do not miss to taste the grilled meats and the typical piadina romagnola.

What is “BORGO”. The literal translation of Borgo in English would be “Village”. But the term Village does not fully explain what a “Borgo” is. A “Borgo” is a fascinating small Italian town, generally fortified and dating back to the period from the Middle Ages to the Renaissance.
Category: Emilia - Romagna2 March 2018