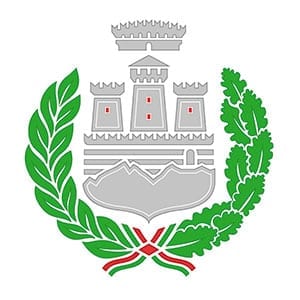 There are old restructured stone houses along the narrow streets of this typical medieval borgo of the Apennine Mountain, surrounded by woods, where you can also find interesting rectangular rural stone buildings called   and with a straw cover. These constructions, perfectly set in the Apennine environment, are the consequence of the Celts passage in Italy during the 4th century B.C. Celtic reminiscences are also the “marcolfe”, stone sculptures placed on the façade of the house to keep evil spirits away. In the historical center, in the central square you can admire the church of San Bartolomeo Apostolo. The new church was built with the same materials of the primitive church,  changing the axis of orientation and transforming the left side into a façade, with  an elegant Renaissance portal. Inside are some beautiful 15th century artworks, especially amazing paintings, but also various decorations such as wooden embellishments. In the same square you’ll also admire the church of  Immacolata Concezione, completed in 1516. In the square near the cathedral, there is the beautiful church of Santa Caterina, consecrated in 1601, which today houses the museum of sacred art. At the entrance of the Borgo, you cannot miss to visit the oratory of San Rocco, dated 1418, transformed in the first half of the16th century according to the style of the Tuscan Renaissance.

Old stone houses, mostly renovated, overlooking the sloping streets, in the typical medieval shape of the villages of the Apennines. The surrounding woods form a natural crown on which the peaks of Frignano and Mount Cimone in particular stand out, with the scattered hamlets of Fiumalbo clinging to the slopes.

The borgo has very old origins, as evidenced by the “casoni”, or Celtic huts,  rural buildings with a rectangular plan made of stone masonry, some of which still have a rye straw covering. These buildings, perfectly inserted in the Apennine environment, have a stepped roof protected by slabs of sandstone and could date back to the descent of the Celts in Italy in the fourth century BC. They are similar to rural structures in Ireland and Scotland.

Celtic reminiscences are also the “marcolfe”, stone sculptures depicting clumsy faces, often female, placed on the facade of the house to intimidate evil spirits: the two most famous are the one with the face of a wolf, carved on a wall at Ca’ de Gabani, and the one even more alienating in Danda.

In the historic center, in the central square, stands the church of St. Bartholomew the Apostle, remodeled in 1592; of the original construction of 1220 – which was smaller, with a single nave and entirely in stone – only the sculptures of the portal and the baptismal font remain. The stone fragments from the Romanesque period placed at the end of the left aisle and behind the high altar, indicate the influence of the school of Wiligelmo. The new church was built with the materials of the former one, changing the axis of orientation and transforming the left side into a facade, where the portal opens with an elegant Renaissance prothyrum on shelves. It has three naves, with sandstone columns and the oldest arches carved on Tuscan capitals; in the seventeenth century the middle nave was raised, providing it with a carved coffered ceiling. Among the paintings,  the sixteenth-century panel with Madonna and Saints attributed to Saccaccino, and another with the Redeemer of the Tuscan school, of the same period. The two wooden altars date back to the seventeenth-century, while the cross in silver foil signed by the goldsmiths Antonio and Jacopo da Porto from Modena dates back to 1494 and is on display in an eighteenth-century copy at the museum of sacred art along with other furnishings, vestments and silverware.

overlooking the square is also the church of the Immaculate Conception, or “dei Bianchi”, because it is the seat of the homonymous confraternity. Finished in 1516, the walls frescoed by Saccaccino in 1534 disappeared with the nineteenth-century renovation.

In the square next to the cathedral, the church of Santa Caterina, consecrated in 1601, is called “dei Rossi” because it was the ancient seat of the homonymous confraternity; today it houses the museum of sacred art. The confraternity moved to the oratory of Sant’Antonio, enlarged in 1708 but contemporary with the parish church: in the fifteenth and sixteenth centuries there were sacred representations or “mysteries”, hence the name “schola”.

At the entrance of the borgo there is the oratory of San Rocco (1418), transformed in the first half of the sixteenth century according to the style of the Tuscan Renaissance. Perfectly worked sandstone ferns in elegant proportions recall the decorative apparatus of the church of San Bartolomeo. The frescoes signed and dated 1535 by the painter from Carpi Saccaccino Saccacini, of which no other works are known, are interesting.

The church of San Michele Arcangelo has been modified several times over the centuries. It has a rectangular plan and a single nave, a Romanesque apse with three single lancet windows and thirteenth-century anthropomorphic decorations. Enlarged in the 16th century, it has a 19th century portico and a 1931 bell tower. During the last restoration, fifteenth-century frescoes were added.

Outside the old town, beyond the river, the church of Saints Donnino and Francesco was built in 1628 together with the convent of the Minor Friars  and was annexed to the ancient seminary; the eighteenth-century renovation has spared the paintings of the seventeenth century and added altars in stucco and stone.

The area produces a great variety of fruit and other agricultural products: blackberries, strawberries, mushrooms, and local cheese. The local menu includes: tortellini with ricotta cheese, soup with black cabbage and beef.

What is “BORGO”. The literal translation of Borgo in English would be “Village”. But the term Village does not fully explain what a “Borgo” is. A “Borgo” is a fascinating small Italian town, generally fortified and dating back to the period from the Middle Ages to the Renaissance.
Category: Emilia - Romagna9 January 2018