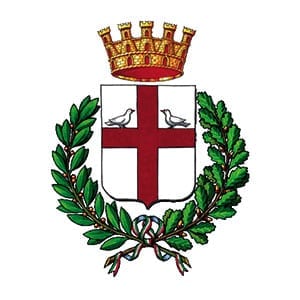 The name of the borgo, originally Bovium and then Bobbio, derives from the local river.

The first nucleus of the Monastic Complex was built by an Irish monk, Colombano, in the place where the castle now stands. This was the beginning of the history of Bobbio. The Complex was to become one of the most important cultural centre of that time, with its schools, the scriptorium and an important library.

The Borgo was built around the Benedictine Abbey of San Colombano, which was moved to its current location during the 9th century by the abbot Agilulfo. Only part of the bell tower, the mosaic floor, the crypt and fragments  of the circular apse have survived. The actual Basilica (built between 1456 and 1522 over the ruins of a former basilica) has one nave, two aisles and a transept frescoed by Bernardino Lanzani between 1526 and 1530, where you can admire the beautiful Madonna con Santi (“Virgin Mary and the Saints”). In the chancel is the beautiful wooden choir  (1488); the sarcophagus of San Colombano by Giovanni De Patriachi date back to 1480 and is preserved in the crypt. Near the crypt, on a level under the church floor, you can admire the beautiful mosaic that was on the original floor of the ancient Basilica. The crypt houses some 15th century frescoes, surmounted by decorated marble slabs.

In the Porta Nuova hamlet, Piazza Duomo is embellished by ancient palaces and numerous porticos. The Cathedral was built in the 11th century and enlarged between 1450 and 1475, it has a simple façade and two bell towers of the same period.

In the Porta Alcarina hamlet you will find the oldest building in Bobbio, called “Queen Teodolinda Palace” (15th century). Keep going down and you’ll reach the symbol of Bobbio, the famous Ponte Vecchio (old Bridge), which is also called “Gobbo” (“hunchbacked”) or “Devil’s bridge” due to its peculiar contorted profile.

The local products are: mushrooms, salami and truffle. The local dish is called ‘Maccheroni alla Bobbiese’ (handmade pasta with gravy).

What is “BORGO”. The literal translation of Borgo in English would be “Village”. But the term Village does not fully explain what a “Borgo” is. A “Borgo” is a fascinating small Italian town, generally fortified and dating back to the period from the Middle Ages to the Renaissance.
Category: Emilia - Romagna16 January 2018