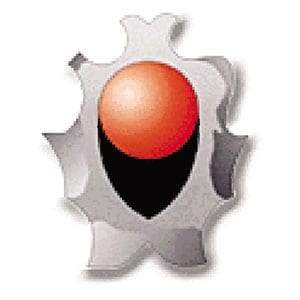 The name derives from ‘bhu (meaning “cave, mine”) and ennus (“stream, river”). It could possibly mean ”the stream of the mines’.

Two are the itineraries to admire the beauty of  this Borgo. The first stretches along the old Industrial Area, the other in the old town center.

The first starts from via Artigiani to discover the Vaso Re (the king’s vase) along the path drawn by the water. The industrial history of the borgo can be experienced as you visit the places that have marked it: the ancient forges (today a museum and a forging school), the seventeenth-century factory of the Fucina Museum and the seventeenth-century Mill (today a  Museum), which can be accessed coming down from Via Ripa – capable of producing, with the millstones moved by the water of the Vaso Re, the excellent polenta flour. Continuing along Via Re you reach the old washhouse and, further on, a magnificent old forge that still uses water hammer, stretches of raised canal, washhouses and gates, until the origin of the Vaso Re.

In the old town centre you can visit some interesting old buildings: Palazzo Simoni Fè,  a 15th century palace; Torre Avanzini, a tower dating back to 1075; the Church of Santa Maria Annunciata (15th century) with frescoes and Gothic elements; a beautiful presbitery and a bell tower with its pinnacle and mullioned windows; Torre Rizzieri,  a medieval tower and  the church dedicated to San Faustino and San Giovita (17th century) with statues and frescoes.

Casunsei are a type of large ravioli filled with butter, local cheese and sage.

Cornmeal mush from local flour (produced using an ancient mill) is perfect with meat. Spongada is the local dessert: a soft flat bread made with eggs, butter, sugar, salt, milk, flour and yeast.

What is “BORGO”. The literal translation of Borgo in English would be “Village”. But the term Village does not fully explain what a “Borgo” is. A “Borgo” is a fascinating small Italian town, generally fortified and dating back to the period from the Middle Ages to the Renaissance.
Category: Lombardia16 January 2018