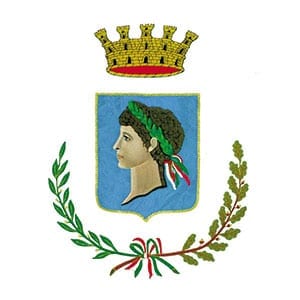 The name refers to the presence of a place of worship known as ”Santa Maria delle Grazie”, documented since 1037. The current sanctuary is in the point where there medieval church of Santa Maria in Reverse once stood.

In the sultry summer light as well as in the slight winter mist, the place exudes a strange charm. Nostra Signora dei Miracoli (Our Lady of Miracles), taken from a shrine on the banks of the Mincio and placed to protect a shrine that is a colossal ex-voto at the intersection of earth, water and sky, still unfolds her cloak on the square of Grazie, where the wandering artists called “madonnari” draw the effigy on the asphalt with colored chalks

In the historical centre, you will admire the Sanctuary of the ”Beata Maria Vergine delle Grazie’‘ and the buildings overlooking the square in front of it. At the entrance of the square there is Palazzo Del Sarto, a Liberty building. The sanctuary has the river running behind it and the façade facing the borgo. Built in 1399 in Gothic-Lombard style and consacrated in 1406, the frescoes (17th Century) tell the story of the place. The architect was Bartolino from Novara, the same architect that projected the castle of San Giorgio in Mantova. In the church, you are caught by surprise: a crowd of statues seems to be reaching out toward the visitor. Everything suggests a ”Wunderkammer”, one of those museums of the 16th and 17th centuries, where objects were contained in cabinets and shelves or hung on the walls. The chapels of the church preserve extraordinary sepulchral monuments, such as the one made by Giulio Romano (1529) where Baldassarre Castiglione rests in his family decorated chapel, he was an intellectual and the author of one of the most famous books more of the time: ”Il Cortigiano”.

In July and August you can see wonderful lotus’ flowers in Lago Superiore; they are the pride of the borgo since 1921 (year of the importation from the East) .

The local dish is the pike with sauce.