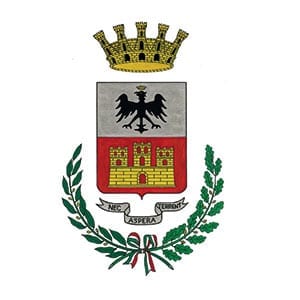 There are two hypothesis on the name’s origin: the first is linked to the Celtic name So Kin, meaning “water capital” or “land in the middle of water”; then translated by the Romans into Aquaria (acqua means water), as near the borgo there was an important water basin; another interpretation links the name Soncino to sonchus, the Latin name for the wild lettuce very similar to chicory that grows spontaneously in the countryside near the borgo.

The borgo is already represented in a drawing dated 1440 and preserved in Treviso, where it is clearly identified as being well defended by the walls and the fortress, at the centre of the Lombard plain, on the right bank of the Oglio river.

Closed on each side by churches, houses and palaces, the walls are thus the main feature of the borgo, also because they have preserved its ancient city plan. Built in the second half of the fifteenth century, their external circuit is remarkable. The fortified structure stands high on the countryside and stretches for two kilometers. The current state of preservation allows the visitor to observe the building technique, with the same type of disposition of the bricks, the regular series of towers and bastions and the three gates: “a Mattino”, “a Sera”, “di Sotto” (“at Night”, “at Morning” and “Lower”).

The Fortress was built in only one year (1473), the cylindrical southwestern tower has a particular structure. During the rule of the Stampa family (1536) the fortress was used as a private residence, closing the bastions to make rooms and turning the southeastern tower into a private chapel. An underground passage connects the castle to the Church of Santa Maria delle Grazie. In 1876 the fortress was a ruin but the architect Luca Beltrami restored it according to ancient mappings and documents 1886-1895. The rescue bridge facing the borgo was built in 1912 and the drawbridge in 1957.

Passing Porta San Giuseppe and entering the borgo, in Contrada Grande you will find the main street of the borgo. On the eastern side there is Palazzo Azzanelli dating back to the second half of the 15th century, with its adorned Gothic windows, built by a family of merchants who became rich with wool trading.

On the other side of the street there is Palazzo Zardini-Cropello (late eighteenthcentury).

Via delle Orfanelle will lead you to the Sant’Angelo mill; along the same side there is Palazzo Bobbio-Tonsi, which is the only palace with the original structure of the porch with its four arches. Palazzo Barbò-Cropello, founded by a noble family from Cremona, was remodeled in the eighteenth century.

The Church of San Giacomo, built in the XIV century, was modified during the second half of the 15th century, the elegant cloister was built in the same period (1456-68). The church preserves many works of art, such as the “Compianto sul Cristo morto” by Agostino de’ Fondulis (XV century), a wooden choir stall (1508) and two stained glass windows (1495). A 14th century bell tower dominates the complex.

Leaving the church you will get to the square of the borgo with Town hall; on the left you can see the Civic Tower (1128), the 19th century façade of Palazzo Podestà (XIII century) and the restored Palazzo Nuovo (XV century).

Other important monuments of the borgo are the Pieve and the ”Casa degli stampatori ebrei” (House of the Jewish printers). Of ancient origins (VI – VII century), the Pieve of Santa Maria Assunta has been transformed several times from the Romanesque period to the late 16th century, with Baroque, Neoclassical and neo-Gothic elements; the last restoration dates back to 1930. Via Lanfranco leads to the centre of the Jewish quarter, where there is ”Casa degli Stampatori” (“House of the Jewish Printers”).

The bitter roots of Soncino are the local product, very good to eat with salami and a glass of wine