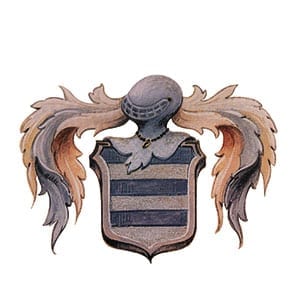 Originally the borgo was called Gardella, probably from the union of the Germanic words gard (fortified place) and ell (from ”alod” meaning possession), so the meaning of the place name according to this interpretation would be “possession of the fortified place”.

Crossing the splendid tree-lined avenue that leads to Gradella, in a landscape of springs and reclaimed marshes, you’ll enter into an almost fairy-tale dimension, made of  ancient woods, water, shade, coolness, silence and the gentle sounds of the fields.

In this remote world, visitors will look for nothing more than the countryside as it was, with rows of trees, farmhouses, old barns, the village tavern, the green plots of a Po village where the poplar, blackbird and river coexist with modernity.

Gradella’s fascinating historical centre will welcome you with its characteristic yellow houses with red bricks and communicating courtyards. The administration has made great efforts for the recovery of the existing heritage respecting traditional building criteria; its mantles decorated with flat roof tiles, the wooden doors and windows, the variety of the earth-coloured plaster and rustic coverings.

Just outside the borgo you will admire Villa Maggi, built in the 17th century. Its current aspect is the result of the modifications made between 19th and 20th centuries.

In the centre of Gradella you’ll find the Parish Church, built in 1895 and dedicated to the Holy Trinity (Santissima Trinità) and Saint Bassiano.

Another place that is worth visiting is Castello Visconte, the castle located in the municipality of Pandino. It was built in the XIV century and it is one of the best preserved castle built by the Vicosconti family. Erected by Bernabò Visconti and Regina della Scala in 1355, it was a place for hunting and convivial meetings.

In Pandino you will also find the Church of Santa Marta, which was probably built in the second half of the XV century. It is adorned with frescos dated between the 15th and 16th century.

Excellent cheese is produced in this area, such as Panarone. Local salami is very good too. Worth tasting are Tortelli Cremaschi, prepared with ”amaretti biscuits”, spices, aromatic herbs, vegetables and Panarone cheese.