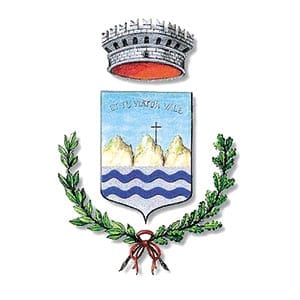 The name could have a link with the Etruscan name Tremusina but also with tramoggia (the Italian word referring to a tool used in the rural activities).

Tremosine is made of eighteen hamlets, Campione is just on the right side of the lake, the others are: Ariàs, Bassanega, Cadignano, Castone Mezzema, Musio, Pregasio, Priezzo, Secastello, Sermerio, Sompriezzo, Ustecchio, Vesio, Villa, Voiandes, Voltino and Pieve. Set in the Alto Garda Park, in a varied natural environment, the small hamlets rise among valleys, on hillocks and plateaus covered with olive trees, meadows, pine trees. Numerous mule tracks, winding gently along mountain’s slopes, will get you to places that until 1918 marked the border between Italy and the Austro-Hungarian Empire. Bikers and mountain-bike lovers will be fall in love with  these amazing itineraries.

Situated on the rocky cliff, Pieve is the capital of the seventeen small hamlets scattered on the splendid plateau, which make up the municipality of Tremosine, one of the largest in the province of Brescia. In the borgo it is pleasant to walk along the narrow streets of the upper and older part, with the eighteenth-century parish church with its beautiful bell tower, which is what remains of the Romanesque parish church demolished around 1570. The church preserves wooden works by Luchini and an altarpiece by Francesco Barbieri (1687). Worth seeing is the “triduo machine”, a rich eighteenth-century painted wood scenery that brings 365 candles and for three days a year, at the beginning of Lent, is mounted on the high altar.

Continuing on, from the churchyard in a few steps you arrive to Piazza Cozzaglio, from where you can admire a wonderful view of the lake and Monte Baldo. The building with fountain is the old town hall, while the house at 7 via Scala Tonda has seen the birth of Arturo Cozzaglio. Finally, the St. Mark’s lion which you can notice on the wall of the municipal archive, is a reminder of the Venetian domination.

Inserted in the Brescian Upper Garda Park, the natural environment is very varied: the small hamlets are set between valleys, on hillocks, hills, plains covered with olive trees, meadows, pines. Numerous mule tracks wind gently along the sides of the mountains, leading up to the places that, until 1918, marked the border with the Austro-Hungarian Empire. Beautiful are the paths that lead from San Michele and Bondo to Tremalzo, towards the valley of Ledro. The people of the plateau have lived of agriculture and breeding until the seventies of the last century, when there was the boom of tourism, especially in the hamlets of Bassanega and Voltino.

The growth in the number of tennis courts, more than sixty, is due to the needs for a more general “sport tourism”. In the area you can practice different sports, such as hiking, trekking, mountain biking, and in Campione is also possible to practice windsurfing, kitesurfing and sailing.

The local cheese are very good, as well as oil, honey, mushrooms and truffle. The typical dishes are: tortelli, cornmeal mush, spit meat, goat and rabbit.