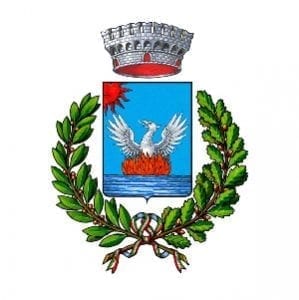 Tremezzo, i.e. “middle ground”. The name probably derives from its central geographical position on the Lario coast, halfway between the Po Valley and the Graubünden pass.

Eighteenth-century houses including the famous Villa Carlotta, parks and lush gardens: Tremezzo on Lake Como is a fantastic interpenetration of greenery, water and stone. There are four small interesting hamlets scattered throughout the municipality, one on the lake (Bolvedro) and the other three on the hill (Rogaro, Volesio and Balogno), all quite well preserved with the original cobblestones. The palaces, the villas, the spinning mills, the smell of the lake: there is something in the air that makes you understand you have landed in a sweet Mediterranean north, where the mild climate makes olive trees, vine and lemons grow on the terraced lands. In the eighteenth century, with the arrival of the rich families of the European bourgeoisie, “Italian” parks spread, collections of exotic plants brought in from all over the world. Traditional olive and lemon trees merge with palms and azaleas, hydrangeas and camellias from faraway lands.

A stay in Tremezzo is an enchantment for the senses, an opportunity to relax in front of the wonders of nature and human ingenuity. You can experience the area in two different ways: walking through the alleys of the hill hamlets and visiting the historic villas.

Let us start with the latter. The famous Villa Carlotta (18th century), now a museum with a splendid botanical garden, requires an in-depth visit. The walk along the lake passes through some of the most beautiful villas in the area. It begins with the park of Villa Mayer (today owned by the municipality), the result of the renovation, by the rationalist architect Pietro Lingeri, of a nineteenth-century villa damaged by fire in 1919. The lake park, in which Lingeri recreated the Italian-style garden of Villa Colonna in Rome, is very beautiful.

Today, Teresio Olivelli Park is an equipped area open to the public, where it is nice to stroll, drink a glass on the dock terrace or sunbathe near the Tarocchiera. But Lingeri is also the author of the very particular villa Amila, similar to a ship in the middle of trees: placed at the mouth of the Bolvedro stream and overlooking the lake, it was built in 1931-32 on behalf of the Associazione Motonautica Italiana Lario.

Continuing towards Bolvedro you’ll see Villa La Quiete. Today a private residence, it was built at the beginning of the eighteenth century by the Dukes Del Carretto, and then passed to the Serbelloni family, who gave it its present appearance, embellishing it with the Italian garden, the wrought-iron gate, the scenographic lakeside staircase (1813).

Once the tour of the villas has been completed, you can go to the discover of the hillside hamlets. The most inviting route in the hamlet of Tremezzo is the one that develops around the Portici Sampietro. Under the arcades there are numerous bars, restaurants and local craft shops.

On the shore opposite the landing stage, you will find the church of San Bartolomeo. Of the original 12th century building, only a few parts of the stone structure remain. The rest is the result of a Baroque restoration.

From here, through a series of cobbled streets you can reach the hilly hamlets. The first is Rogaro, perched in an uncontaminated environment with a magnificent view of the lake. The ancient nucleus is made up of six-seventeenth and eighteenth-century houses gathered around the Baroque square on which the sanctuary of the Madonna degli Eremiti stands. Unique in Italy to bring the title of Madonna di Einsiedeln, or “Of the Hermits”, the sanctuary has a story to tell. With the Lutheran reform, a group of Swiss Catholics escaped from the Swiss confederation, shaken by fierce religious tensions, and took refuge here, bringing with them the effigy of the Black Madonna venerated in the abbey of Einsiedeln. Made from a trunk of black ebony, the sculpture probably has oriental origins. The Shrine Festival is held every year on the third Sunday of October.

From Rogaro and Brughé there are mountain paths that lead to the mountains of Nava, Monte Crocione and San Martino sopra Griante. Volesio and Balogno are two small hamlets connected by a cobblestone. In the centre of the town there are some seventeenth century noble palaces surrounded by fields and farmhouses, pathways with arcades and tunnels to access the funds over a stream, internal alleys with wide cobbled steps. The church of San Pietro has a Romanesque structure preceded by a portico. Restored in about 1732, it is still in good condition. The unique nave is in Baroque style with original flooring. Two seventeenth-century paintings are placed on the walls, the presbytery dates back to the eighteenth century.

All the other small hamlets are also worth a visit.

The local gastronomy is linked to the products that offered the land and the lake. Maize polenta and flour, buckwheat flour, dairy products, vegetable soups, fish. A traditional dish is the perch risotto. It is a wave risotto all’onda served with golden perch fillets in butter and flavoured with sage. In the kitchens of Tremezzina, asparagus is very common in season, a typical product of the hamlet of Rogaro. Among the desserts there is the paradell, round pancake, large, stuffed with apples, served with sprinkled sugar.

What is “BORGO”. The literal translation of Borgo in English would be “Village”. But the term Village does not fully explains what a “Borgo” is. A “Borgo” is a fascinating small Italian town, generally fortified and dating back to the period from the Middle Ages to the Renaissance.
Category: Lombardia6 March 2018