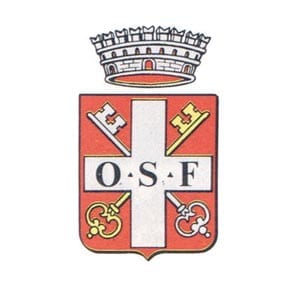 The name derives from the Etruscan Mefana family, evidence of an Etruscan presence before the Umbrian populated the area. Later called Mevania by the Romans.

Bevagna has preserved virtually intact its medieval urban structure, which for the most part follows the plan of the ancient Roman town. You can start visiting this Borgo from Piazza Silvestri, with its irregular structure that will show you how harmony can be created from an apparent chaos of styles, histories eras. This is one of the most magnificent squares in Italy. The Communes’ hegemony is clearly  expressed in the Palazzo dei Consoli (1270), with its elegant travertine and sandstone façade, double rows of Gothic windows and the wide loggia (since 1886 it has been the home of the Teatro Torti, decorated by Bruschi and Piervittori). The Church of San Michele (12th-13th cent.) has a travertine façade with an horizontal coping and, inside, a beautiful 15th-century crucifix. The Church of San Silvestro was built in the 12th century and its unfinished façade is made of travertine blocks in the lower side and Mt. Subasio stone in the upper side. The strikingly simple interior is divided into a nave and two aisles by large columns with Corinthian capitals. The beautiful late 14th century portal of San Domenico Church  (13th-14th cent.) adds grace to the asymmetrical square, Roman columns and friezes can be found all over the Borgo, because the houses were built over the remains of the 1st and 2nd centuries AD.

Dating back to the Imperial age are the side and rear façade of the temple and the frigidarium of the baths, with niches decorated with white and black mosaics, a fine mosaic of the 2nd century AD inspired to the sea world. The city walls, with their many towers and bastions, are interrupted by medieval gates or more recent openings which allow access to the historic center. Inside, Bevagna shows its medieval soul, where there is still a living craft tradition of workshops opening onto the charming narrow streets. After admiring Palazzo Lepri, built in the 1700s, you must visit the other Churches of the Borgo:  Santa Maria in Laurenzia, today deconsecrated, has a fine portal with a relief of the Madonna del Latte; Santa Maria della Consolazione dating back to 1700; the Church and Monastery of Santa Margherita, which holds interesting paintings, such as those preserved in the Church of Sant’Agostino,  with graceful and luminous 14th-16th centuries frescoes. Moreover, do not miss the Church and Monastery of Santa Maria del Monte; the Church of San Vincenzo, with Roman elements in its unfinished façade; the Church of San Francesco, with paintings by Dono Doni and Ascensidonio Spacca; the Church of San Filippo decorated with elegant stuccoes and frescoes by Domenico Valeri.

Hemp craftsmanship is the traditional activity of Bevagna, handed down from father to son. The poorer quality hemp was employed for rope making, while the best hemp was used to make the “Bevagna” fabrics, very popular in the Papal States. The art of rope making, which has been preserved also in street names such as Largo dei Canapai and in the surnames of the residents, is also connected with the making of wicker baskets, but by now it is disappearing due to the lack of new apprentices. Bevagna is known for its truffle based dishes and the specialties of Umbrian cuisine, for its genuine olive oil, and for its wines, including Sagrantino DOCG, produced also in ancient Mevania, as mentioned by Juvenal and Pliny.

What is “BORGO”. The literal translation of Borgo in English would be “Village”. But the term Village does not fully explain what a “Borgo” is. A “Borgo” is a fascinating small Italian town, generally fortified and dating back to the period from the Middle Ages to the Renaissance.
Category: Umbria16 January 2018