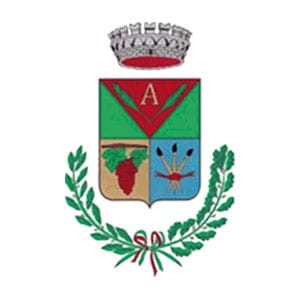 The origin name is uncertain: it may derive from the Atzara, a climbing plant called in Italian “clematis” or “vitalba”. According to others, the name would derive from the Phoenician atzar, meaning “safe place”.

There are at least three good reasons to come here. The first is the ancient Aragonese urban structure that still characterizes the different quarters of the historical center, with its small granite houses. The second, related to the first one, is the use of granite and trachyte that characterizes the buildings of the center, the churches and the megalithic structures such as the Nuraghe Abbagadda. These materials enhance the beauty of windows and balconies, that you can admire walking through the neighborhoods, such as Fruscu, Sa Montiga and Josso, the oldest. The third reason is the artistic aura that makes Atzara so interesting, a fascinating mixture of painting, textile craft and winegrowing art.

You may start your visit from the main street of the Borgo, from where you can reach a wide square and the Church of San Giorgio, consecrated in 138, with its rectangular shape. The Church has a single nave and a stone facade. Going on via San Giorgio and via Su Conte, you will arrive in piazza Sant’Antioco, where the most important building of Atzara, the church of Sant’Antioco, is situated. The trachyte façade bearss two wooden altars by local carvers, a wooden statue of the Virgin (XVI century) and silverware. The street on the left side of the church is formed by farm houses with a large entrance and a thick walled courtyard. Continuing on to the  Su Fruscu quarter and via Eleonora, before leaving toward the country, you can find another house, Casa Muggianu, with two beautiful windows in Aragonese style. On narrow alleys and small squares you will find the “magasinos”, private wineries as the one of palazzo Su Conte, where the inhabitants are ready to welcome the tourists with a bottle of Mandrolisai or Muscat. In the surroundings you will find the churches of Santa Maria de Josso, Santa Maria de Susu and Santa Maria Bambina. The remains of domus de janas (prehistoric burials in the rock) and the nuraghe Abbagadda complete the archaeological heritage of the territory.

The wine is still the main element of the economy of Atzara. Grapes are used to give life to the Mandrolisai, a Doc wine with a ruby red color. Other products of Atzara are lovely rugs and – increasingly rare – the ancient bright costumes, now worn only by the elderly, with the particular headgear called tiaggiola.

Sa tumballa is a main course of pasta cooked in the oven with cheese, eggs, bread crumbs and su ghisau (the sauce with cubes of pork and saffron). Other typical dishes are s’ortau, pork sausage with spleen, lungs and heart, dried tomato and parsley, and sa pudda prena, a single dish consisting of chicken, eggs and pesto of liver, dried tomatoes, bacon, parsley and saffron. Among the desserts we suggest is bucconettes, made with almond, sa tumballa ‘e latte made with coffee and rum and su gattou with almonds and sugar.

What is “BORGO”. The literal translation of Borgo in English would be “Village”. But the term Village does not fully explain what a “Borgo” is. A “Borgo” is a fascinating small Italian town, generally fortified and dating back to the period from the Middle Ages to the Renaissance.
Category: Sardegna16 January 2018