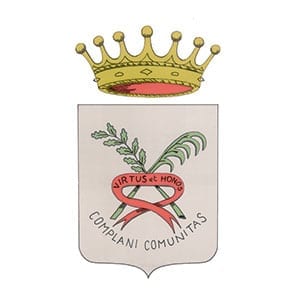 The name Compiano derives from Campo Piano (flat field),  which took the place of a former pre-historic lake that covered the whole Taro valley.

Set near the road connecting  Emilia Romagna and Liguria regions, Compiano is the typical medieval fortified borgo. Here the historic Landi family, supported by the Empire, created a micro independent state that survived for almost 400 years.

The Castle is like the crown of the Borgo, it was inhabited until 1987, so it is perfectly preserved. Built on a spur of rock overlooking the Taro river, it has a trapezoidal plan with round towers at the corners.  Today it looks like a powerful 15th century structure, enlarged  in the 17th and 18th centuries. With the decline of the Landi family, it became a prison. In 1900 it was used as a girls’ boarding school and then became a private residence once again.

The Borgo has stone-paved streets, noble palaces  and tower houses. It is protected by the fortified walls of the castle. In the small square with a stunning view of the valley there is a church dedicated to San Giovanni Battista.

Porcini mushrooms and chestnuts are the local products. The local dishes are: gnocchi with chestnuts and ricotta cheese, and calf with mushrooms, Valtarese veal (roasted veal with porcini mushrooms) and  faraona alla castellana (stewed fowl flavored with garden vegetables).

What is “BORGO”. The literal translation of Borgo in English would be “Village”. But the term Village does not fully explains what a “Borgo” is. A “Borgo” is a fascinating small Italian town, generally fortified and dating back to the period from the Middle Ages to the Renaissance.
Category: Emilia - Romagna11 January 2018