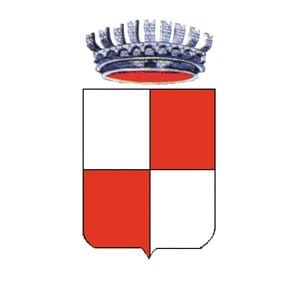 The name derives from the Latin first name Curtius (or Coricius, or Corisius), owner of a country estate. According to popular tradition  Corciano comes from Cuore di Giano or Colle di Giano (“Janus’ heart” or ”Janus Hill). According to another hypothesis, the name would come from Coragino, the legendary founder of the castle of Corciano and a companion of Ulysses, mentioned in the 14th-century chivalry poem “Il Conto di Corciano e di Perugia”.

Corciano is located midway between Perugia and Lake Trasimeno, at the top of a hill overlooking the valley that links Tuscany and the Trasimeno area with the Tiber River valley. The original castrum was built in the Middle Ages, and is the “hilltop” type, with a concentric street system, enclosed within three circuits of defense walls (13th-14th cent.). The municipal tower, built in the 13th century out of limestone and salvaged travertine blocks, rises up from the highest point in the village. The Palazzo Municipale (town hall) was built in the 1500s as the residence of the Della Corgna dukes, a noble Perugian family. The Council Chamber has a frescoed ceiling, an 18th century work by the school of the Zuccari. The elegant 15th century Capitano del Popolo palace once was the residence of the magistrates who governed Corciano on behalf of the more powerful Perugia. The round well on the left side of Piazza Coragino, named after the legendary founder of Corciano daters back to 1400. Do not miss a visit of the churches, such as the parish Church of Santa Maria Assunta. Built in the 13th century, the inside was entirely redone in the 1800s, and holds two masterpieces: the Assumption by Perugino, painted in 1513, and the Gonfalon by Benedetto Bonfigli, dated 1472. The façade of the church of San Cristoforo, erected in 1537, has a sober Renaissance portal dated 1545. Today the church is the home of the Pievania Museum, an interesting collection of sacred art objects and frescoes. The church and convent of Sant’Agostino, built in 1334, rises on a verdant hill opposite Porta Santa Maria, the southern entrance to the village. Church and convent both underwent a radical restoration during the 1700s. There is a beautiful wooden choir from 1746 in the apse of the church. Not far from the spot where Porta San Francesco once stood are the church and former convent of San Francesco. According to tradition, the complex was built in 1223 after St. Francis came to Corciano from Lake Trasimeno. Most likely, it was built in the 13th cent. The façade is made of a beautiful and harmonious white and pink limestone; the interior, built on a Latin cross plan and restored in 1968, still has traces of Umbrian-Sienese frescoes dating back to the 14th-15th centuries. The Church of Santa Maria del Serraglio has a 14th century fresco above the altar of an Enthroned Madonna and Child. There are at least three visits you should not miss in the area around Corciano. One is the Hermitage, the old small Church of San Salvatore in Sasso, built in the 11th century in the middle of Monte Malbe; the Pieve del Vescovo Castle, an imposing medieval construction restored during the Renaissance for the cardinal Fulvio della Corgna, thus becoming the summer residence of the bishops of Perugia; and Solomeo, an interesting example of a village factory entirely restored to its original medieval conformation.

Minestra col battuto is the classic dish of Corciano: home-made quadrucci pasta in a broth with greens, hambone and a battuto (“stuffing”) of lard, marjoram and garlic.

What is “BORGO”. The literal translation of Borgo in English would be “Village”. But the term Village does not fully explain what a “Borgo” is. A “Borgo” is a fascinating small Italian town, generally fortified and dating back to the period from the Middle Ages to the Renaissance.
Category: Umbria9 January 2018