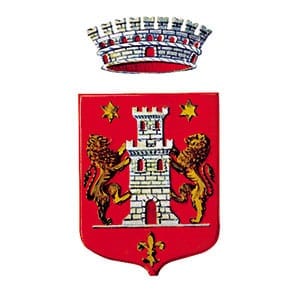 The name could derive from the Roman noble Caio Torquato,  who founded the first settlement. According to another hypothesis, the name derives  from castrum quadratum (square castle), referring to the quandrangular plant of the castrum.

Castell’Arquato is a Borgo of rare beauty, with an ancient atmosphere that you can feel walking among its brick-colored houses and narrow cobblestone streets leading  uphill to the wonderful square that you would not expect to find in such a place.

The Viscontea Fortress (La Rocca Viscontea), commissioned  by the City of Piacenza to Luchino Visconti and built between 1342 and 1349, is one of the most important military complexes in Northern Italy. It has a L- shaped plan with the minor wall circuit overlloking the square. Only one of the four defensive towers has remained.

In the nearby square you can admire one of the oldest churches in the area, the Collegiata. The church was rebuilt after the 1117 earthquake and consecrated in 1122. On the left side of the church there are the ”Porticos of Paradise”, which house the tombs of numerous famous people.

Palazzo del Podestà was built on the north side of the monumental square in 1292. The square was embellished by the Loggetta of the Notari (The Notaries’ Lodge), which was added in the 15th century, enriched by a harmonious stairway (15th century). The  Torrione Farnese, in ”Monteguzzo” quarter, is worth a visit; it was started around 1530 and uncompleted, probably due to the death of Duke Bosio Sforza II.

The Palace of Justice, built in 1292, took its present name in the 17th century. The Fontana del Duca (The Duke’s Fountain) dates back to the same period and it is still working. The Hospital of Santo Spirito, built in the 16th century, is now the seat of the Geological Museum.

Don’t miss to visit the Vigolo Marchese hamlet , where you can admire the splendid, romantic complex of the church of San Giovanni.

What is “BORGO”. The literal translation of Borgo in English would be “Village”. But the term Village does not fully explain what a “Borgo” is. A “Borgo” is a fascinating small Italian town, generally fortified and dating back to the period from the Middle Ages to the Renaissance.
Category: Emilia - Romagna13 January 2018