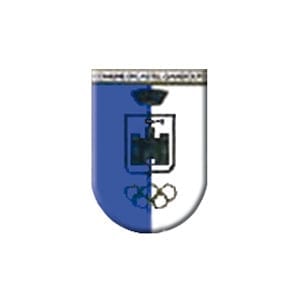 The name derives from the castle built by the Roman Gandolfi family in the 12th century.

You can start your visit from Via Ercolano: here once were the Horti Torlonia,  today occupied by vegetable garden patches for residen­ts and by the Ibernesi Archeological Park, which contains some ruins of Domitian’s Villa. Continuing down Via Ercolano, you’ll reach Villa Torlonia, restored in 1817 by the architect Giu­seppe Valadier. The main façade has a porch with six Doric columns which sup­port a terrace. Rising above there are six Ionic columns holding a triangular pediment sculpted by Thorvaldsen. Just beyond Villa Torlonia entrance is the complex of buildings which once be­longed to the Jesuits. Shortly after Villa Torlonia you’ll reach Villa Cybo. This luxurious residence was purchased in 1717 by Cardinal Cybo, and sold in 1772 to Livio Odescalchi, and then to Pope Clement XIV. Here you can admire the beautiful Fontana delle Lavandaie (the Laundresses’ Fountain), so called for the two female figu­res portrayed while washing clothes in a basin. Another magnificent residen­ce that you cannot miss is Palazzo Del Drago, built by Cardinal Alessandro Albani in 1746. From there you can reach the elegant Piazza della Libertà, with Palazzo Pontificio on the north side and the Church of San Tommaso da Vil­lanova on the east. A plaque above the portal of the Papal Palace reads: “Alexander VII Pontifex Maximus has enlarged, rebuilt and completed in the year of salvation 1660, the house of Urban VIII, a small retreat for the soul and the body”. A wealth of art works are preserved in the upper floors of the palace, where there are the rooms for the audience, the pope’s apartment, the service rooms and three cha­pels. The primitive design of the entrance gate to the palace garden, surrounded by walls, is the work of Gian Lorenzo Bernini. In 1661 the square behind the Papal Palace was enriched with another Bernini masterpiece: the Fountain. Its desi­gn was inspired by the plan of St. Peter’s , and is similar to that of the fountain of Sant’Andrea della Valle in Rome. In the eatern side of the square you can find the superb Church of San Tom­maso di Villanova, one of Bernini’s most beautiful works. It has a Greek cross plan, with a dome standing on some Doric pilasters. The high altar has a painting of the Crucifix by Pietro da Cortona. The façade is articulated by pilasters, a wide cornice and a pediment bearing the coat of arms of Pope Alexander VII. From the eastern side of Piazza della Libertà  you can take the road that leads to the belvedere on the Albano Lake. From the square you can also take Cor­so della Repubblica, which crosses the entire medieval village – with “the houses sloping down from the jagged edge of the ancient crater” – before ending at piazza Cavallet­ti, from which you can reach another panoramic viewpoint of Albano Lake and Monte Cavo. Opposite the scenic outlook is the entrance to Villa Barberini, a papal residence with sober architectural lines, with one wing facing the lake, divided into three floors and built in the 17th century, and another wing facing the marina, with four floors. A holm oa­klined avenue will lead you from the palace to the Italian style Magnolia Garden, with flower beds bordered and separated by box trees. Going down Via Gramsci you’ll reach the shore of the lake. Along the last stretch of this road, on the left, is the entran­ce to the Doric Nymphaeum. This structure dates back to the time of the Roman Republic, and was pro­bably part of the villa of Clodius. According to some scholars this is one of the sacraria erected in honor of the ancient gods of Alba Longa. Continuing, one comes to Via dei Pescatori, which skirts the western lakeshore. Just a ways ahead on the right of Via dei Pescatori is the Ber­gantino Nymphaeum, also called the Baths of Diana from a mosaic depi­cting the goddess of the hunt.

The local peaches are the typical product of this borgo, celebrated during a summer festival.  You cannot miss the famous spaghetti (or bucatini) all’amatriciana and the fried lattarini  (a small, flavorful lake fish), to be tasted drinking the renowned Colli Albani DOC wine. Other lake fish specialties are barbel, trout, pike, eel, and perch. Delicious are also other local specialties such as porchetta (roasted pork), salami, ham, sausage and cheese from the Roman countryside.

What is “BORGO”. The literal translation of Borgo in English would be “Village”. But the term Village does not fully explain what a “Borgo” is. A “Borgo” is a fascinating small Italian town, generally fortified and dating back to the period from the Middle Ages to the Renaissance.
Category: Lazio13 January 2018