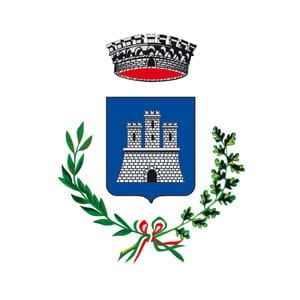 A bundle of houses located under the inaccessible cliffs that surround it from three sides: Castelli is the castle where, for  security reasons during the Carolingian period, people from neighborhoods were fleeing to hide. They were named “castellani”.

Castelli rises clinging on the rock, among snowy mountains and vast woods. It is the departure point for excursions to the Gran Sasso mountain and it is well known for the manufacture of painted majolica, activity probably started by the Benedictine monks (or, according to another theory, by the Etruscans). The most ancient part of Castelli converges, with its old streets, towards the central square, which is overlooked by the municipality and by the parish church of San Giovanni Battista with its monumental staircase in white stone and the two imposing side columns. Built at the end of the 16th century, the church preserves the Saint Cross Chapel, accomplished in 1601 by Orazio Pompei’s sons to fulfill their father’s last will. On the altar of San Michele there is a frame formed by 29 majolica tiles with Saints and Prophets, dating back to 1617, attributed to the Cappelletti family. On the altar of Santa Maria Maddalena, a beautiful altarpiece depicting the Translation of the Holy House, framed by majolica tiles by Francesco Grue (1647). You should not miss two ex voto panels painted by Silvio De Martinis on both sides of Saint Eusanio’s altar, especially the wooden group of Saint Ann (the 12th century). There are also the remains of Romanic pluteus , coming from the ancient Saint Salvatore Abbey destroyed in the 19th century and which is now an archeological site. In the main square you can find a suggestive viewpoint where you can admire the beautiful skyline of the Gran Sasso mountain, looking like the head of a sleeping giant. Starting from the square, four different streets lead towards the Portella area, where you’ll find the Orazio Pompei and family’s house who, in the 16th century, owned the area. On one of its window’s architrave there is written:” Haec est domus Oratii figuli 1562”, which means: “This is the house of Orazio potters”. Some other houses of famous potters can be visited here, such as the Grue’s, the Olivieri’s, the Pompei-Mattucci’s, the Natanni’s, the Fuschi’s, the Cornacchia’s and, out of the city centre, the Rosa family house.

On a surrounding cliff near the city centre, you’ll find the Church of Saint Donato, built in the early 17th century, enlarging the former cona (small village church). In 1963 Carlo Levi described it as: “the Sistine Chapel of Italian majolica due to its marvelous majolica ceiling, unique in Italy, accomplished between 1615 and 1617, with full participation of all the local ceramists who, being totally devoted, painted it in complete liberty of art expression: the bricks represent Saints, rose windows, heraldic symbols, animals, geometric ornamentations, portraits and invocation to Our Lady. Saint Rocco Church is also worth a visit, rebuilt in 1948, after the ancient structure had been knocked down, to open a pathway towards the mountain. It has a beautiful stone portal and an Andrea De Litio’s fresco (15th century) representing Our Lady, according to tradition, weeping. You cannot leave Castelli without visiting the Museum of Ceramics located in the local Franciscan convent of Frati Minori Osservanti. The convent was enlarged at the end of 17th century when a new church dedicated to Saint Mary of Constantinople (1693) was built. The cloister was frescoed by an unknown author with a splendid circle, representing scenes from Virgin Mary’s life (1712).

Meat here is excellent thanks to the handmade processing. Among particular local dishes, do not miss to taste maltagliati (a hand-made type of pasta) with voliche (a vegetable that grows over 2000 mt a.s.l.), the virtù (the virtue), a vegetable soup made of leftovers from the pantry, mazzarelle (lettuce roulade stuffed with lamb entrails). Traditional sweets are cellitte de Sant’Andonie (cookies with marmalade and minced almonds) usually made for the festivity of Saint Antonio Abate, and the caggiunitte (fried ravioli stuffed with chestnut kneading or chickpea kneading with roasted almonds and chocolate) usually prepared for Christmas.

What is “BORGO”. The literal translation of Borgo in English would be “Village”. But the term Village does not fully explain what a “Borgo” is. A “Borgo” is a fascinating small Italian town, generally fortified and dating back to the period from the Middle Ages to the Renaissance.
Category: Abruzzo15 January 2018