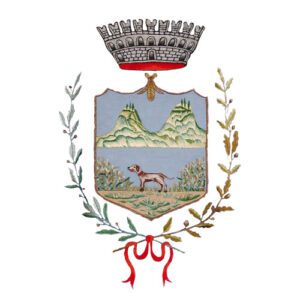 Castellaro was born in the 11th century as a castelliere (i..e. simple defensive walls with no building inside); later it became a Borgo. It riese near a small lake called ”lagusello”; the actual name derives from the union of  ”castelliere” with ”lagusello”: Castellaro Lagusello.

The Borgo rises above the lake, in a relaxing and bucolic atmosphere, with its old Guelph walls (between 12th and 14th century), the streets paved with river stones, the stone walls of the rectory and of the houses.

You’ll admire one of these beautiful buildings, rising opposite Villa Arrighi-Tacoli, covered by climbing plants and whose beauty has remained intact since 1200.

Entering the Borgo from  a large gateway you’ll find the tall square bell tower and going further through the nice houses you’ll reach the Baroque Church of san Nicola,  preserving a beautiful 15th century wooden statue of the Virgin Mary.

Villa Arrighi (today a private residence  and open to visitors only upon request), with its defense walls, Guelph battlements and mullioned windows, has a beautiful view of the lake and the surrounding countryside. The building is a transformation of the former feudal castle and houses the small church of San Giuseppe (completed in 1737 with paintings from the 17th century). The Church overlooks a square from where it is possible to reach the lake through a short stairway.

Another local product is the traditional salami, treated with garlic and spices and honored during an important festival.The local dish is named Capunsei, a type of small potato dumplings with bread crumbs, cheese and hot broth.

What is “BORGO”. The literal translation of Borgo in English would be “Village”. But the term Village does not fully explain what a “Borgo” is. A “Borgo” is a fascinating small Italian town, generally fortified and dating back to the period from the Middle Ages to the Renaissance.
Category: Lombardia15 January 2018