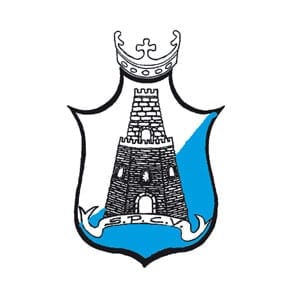 Until 1864 Castel di Tora was called Castel Vecchio (Castrum Vetus), and its inhabitants are still called “Castelvecchiesi”. The new name comes from the ancient and famous Thora, a Sabine of uncertain location, later a Roman pagus (village).

Castel di Tora rises along the shores of the artificial Tura­no lake, surrounded by a stretch of thick woods and dominated by the Mt. Navegna (1506 mt): from its peak, during clear days, you can even see the dome of St. Peter’s Basilica. In this Borgo you can admire the nice stone houses with their wooden roofs covered with clay tiles,  typical rural buildings of the Middle Ages. The Fortress, built on a cliff top, has a 11th century polygonal tower, whi­le the two towers in Via Turano and Via Cenci (the latter incorporated in a house) date back to the 15th cent. The Palazzo del Drago and the en­tire village of Antuni, located on the small peninsula into the lake, date back to the 15th – 16th centuries. Here, on a cliff overhanging the lake, there is also the Hermitage of San Salvatore. Returning to the “mainland”, do not miss the Baroque Church of San Giovanni Evangelista (with some  16th century fresco­es) and the bell tower, both renovated in 2004/2005, and the 18th century palace standing next to the polygonal tower. The Fountain of Triton in the main square dates back to 1898. The urban structure of the historic center remained virtual­ly unchanged until the half of 1900. Some rests of Roman columns and friezes and Latin inscriptions on the outer walls of the church are still visible in Via Umberto I. Worth a visit is also the Convent of Santa Anatolia, once the summer residen­ce of the Greek Orthodox Papal Col­lege, with a beautiful church men­tioned in a papal bull dating 1153.

The charm of this Borgo lies in the old portals, in the characte­ristic tiny streets with arches, stairs and passages, in the grottoes and cel­lars dug into the rock. Ovens and ter­races, clothes hanging, old women dressed in black, a small square with a marvelous scenic view, the shim­mering water of the lake rippling in the breeze: this is the fantastic landscape of Castel di Tora.

Pea beans, with a particular flavor and texture, are the typical product and can be found in the local farmhouses. This is also a land of great cheese (for example an excellent she­ep’s milk ricotta excellent for ravio­li) and also of grains (maize, spelt, barley), truffles, porcini mushrooms and lake fish.

Two typical dishes can be tasted during local festivals: polentone, a corn meal mush cooked in a cauldron over a fire and served with a sauce made with stockfish, herring, tuna and anchovies; and strigliozzi (first Sunday of October), a type of handmade pasta.

What is “BORGO”. The literal translation of Borgo in English would be “Village”. But the term Village does not fully explain what a “Borgo” is. A “Borgo” is a fascinating small Italian town, generally fortified and dating back to the period from the Middle Ages to the Renaissance.
Category: Lazio15 January 2018