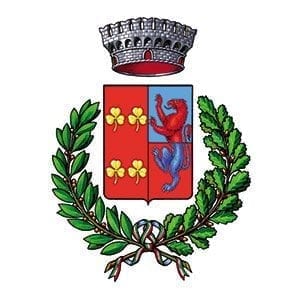 The Borgo is the union of two villages: Cassinetta (14th century) and Lugagnano (originally Lucanianus, founded by the Romans).

Just as Venetian patricians used to spend their holidays on the Brenta river, so did the noble Milanese families spend their summers along the Naviglio, in the eighteenth-century villas that make up the great heritage of Cassinetta di Lugagnano. In the borgo there is the docking of the boat that leads tourists to sail along the Naviglio Grande, in a stretch full of naturalistic views and romantic atmospheres.

The two villages of Cassinetta and Lugagnano rise on the opposite banks of the Naviglio Grande Canal, they are connected by a humpback bridge. This bridge on the Naviglio was rebuilt in 1862 to facilitate the navigation.

Next to the bridge you can admire the statue of San Carlo Borromeo (1749) and the church of Santa Maria Nascente & Sant’Antonio Abate (15th century). There is a sequence of noble palaces  owned by the most important Milanese families: the villas of Trivulzio, Visconti, Mantegazza, Castiglioni and Parravicini are called ”ville di delizia” (”delicious villas”). All these villas have beautiful decorations as windows, doors, arches, walls, trees, courtyards and gardens.

Along the Naviglio, immediatly after the bridge, you will see the oratory of San Giuseppe, an interesting example of Lombard rococò, built in 1742 as a chapel of Villa Castiglioni.

Carnaroli rice with local gorgonzola cheese is the local dish.

What is “BORGO”. The literal translation of Borgo in English would be “Village”. But the term Village does not fully explain what a “Borgo” is. A “Borgo” is a fascinating small Italian town, generally fortified and dating back to the period from the Middle Ages to the Renaissance.
Category: Lombardia15 January 2018