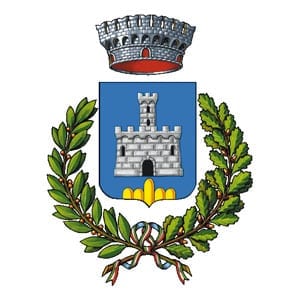 Hanging between the peaks of Gran Sasso and Tirino Valley, a miracle of stone takes its form right before our eyes: it is Castel del Monte, represented by a big bell tower. The old city centre is full of  admirable pieces of popular architecture such as old portals, windows, vignali (outside stairs) and arches under which there are passages. The compactness of this place, combined with defence purposes, required the construction of tower-houses, built on the very steep ground. These houses, were built along lines parallel to the contour lines (main streets) and crossed by linked steep and tortuous streets, which were linked to each other through arches and vaults (sporti). A visit to this ancient borgo can start from Porta S. Rocco that was once part of the defence walls that are still visible. At the entrance, there is the Church of S. Rocco, built  after the plague in 1656 with a façade that has the shape of a rectangular sail. In Via Duca degli Abruzzi you can see one of the most ancient wood ovens, where people from the castle used to bake bread. Continuing up the street, you get to Palazzo del Governatore, built between 15th and 16th century on a surface that completely occupies the entire block. Today it is quite difficult to read the letters on this palace due to its state of conservation. The structure located on big arches, has a beautiful portal and the two decorative mullioned windows are remarkable. It is also difficult to recognize the huge size of Palazzo Colelli, in Via Codacchio. Once you get to Porta S. Maria, you can enjoy the panorama and the small Church of the Madonna delle Grazie, which is the only church that, along with the Church of S. Donato, survived among the many built in the city walls. Not far away, there is the Church of the Madonna del Suffragio, dating back to the beginning of the 15th century, rich in Baroque plaster decorations. The high altar (12 m height), is admirable,  a masterpiece made of carved wood covered by gold that preserves, in the centre, a statue of Madonna dressed like  women of that period. Among other valuable objects, you can see a golden pipe organ (1508) and paintings by Bernardino di Lorenzo from Firenze (1585) on the side altar. The panoramic view overlooking mountains and valleys, San Marco valley and Rocca Calascio, seen from the square in front of the church is beautiful.

Following the path that leads towards the upper part of the borgo, through the streets of S. Maria and Clemente you see a beautiful sequence of sporti.: they are like galleries that run towards the heart of the borgo.  Passing by another kiln and old depository, you enter the heart of the borgo, where you will find the humble Church of S. Caterina. Immediately after the Town Hall, you enter, at the end of Via Duca degli Abruzzi, the Ricetto, the original borgo, remained isolated there, where there was the tower garden. Today it is part of the Matrix Church. A narrow path towards the bell tower leads you to a splendid portal. Continuing on from Porta del Ricetto to the church, a big defensive wall, now turned into houses, will attract your attention. The Matrix church, dedicated to San Marco, has only one lateral entrance and inside is full of different styles and materials. Wooden, marble and stone altars, Renaissance decorations, Baroque plastering, wooden sculptures and plaster statues of angels. On the Baptist font there is a 16th century wooden golden organ. After a break in the “Taverna Matrice”, the itinerary ends at Porta S. Ubaldo.  The archaeological area of Colle S. Marco is also interesting, some remains of an ancient settlement, house structures, stables, garden walls dating back to the 11th century can be found. This site dates back to a period before the ancient inhabitants went to Ricetto looking for refuge, and where, subsequently, the new village was built.

This is a place made up of old shepherd’s roads and temporary migration for pasture. Castel del Monte preserves a high quality sheep production, from pecorino cheese deriving from strictly unpasteurized milk, to ricotta or rare marcetto cheese, a delicious cream of fermented pecorino cheese and chiaranese, sheep meat slowly cooked in big food containers made in the same way as the old shepherds used to prepare it.

What is “BORGO”. The literal translation of Borgo in English would be “Village”. But the term Village does not fully explain what a “Borgo” is. A “Borgo” is a fascinating small Italian town, generally fortified and dating back to the period from the Middle Ages to the Renaissance.
Category: Abruzzo27 February 2018