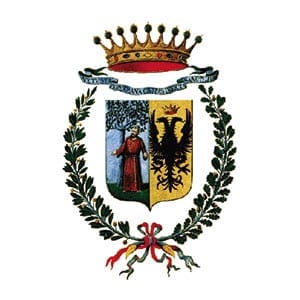 San Leone, together with San Marino, came here from the coast of Dalmazia to evangelize this area, the name of the borgo is a tribute to the saint.

The fortress of San Leo (nearly 600 feet high) overlooks the surrounding valley with the Marecchia river and a landscape of woods, between the rocks and the sea. The borgo is surrounded by a relaxing atmosphere, away from the nightlife of the Riviera of Romagna. You can start your visit with the Parish Church, the most ancient building in the borgo, that is considered the heart of the medieval city. The church was probably built during the Carolingian period (between 8th and 10th century). The interior has a plan with a nave and two aisles separated by pillars and columns made with materials from the Roman period.

The cathedral dedicated to San Leone was erected in the same period, near the parish church; now it has a Romanesque-Lombard look with a bell tower probably of Byzantine origins and Roman elements.

The parish church with the cathedral and the tower are the Romanesque heart of the borgo.

The civil buildings are in Piazza Dante Alighieri : Palazzo della Rovere, the residence of the Counts of Montefeltro dukes of Urbino, today the town hall; Palazzo Nardini (13th – 16th century) visited by San Francesco in 1213 and Palazzo Medici, built by the Della Rovere family and refurbished by the Medici family (1517-1521).

The medieval stronghold, defended by square towers, was completely redesigned by the architect Francesco di Giorgio Martini from Siena, the new design allowed to defend the borgo from the enemies, no matter where the attack came from. The fort was the protagonist of important war events during the Renaissance, it was also known as ”the impregnable fortress”. In 1631, during the papal government, the fortress was converted into a prison, numerous antipapal patriots were imprisoned here, the most famous was the count of Cagliostro.

Licorice is the basic ingredient of the “Balsamo di Cagliostro”, the local digestive liqueur. Cheese with walnut leaves and the Honey of San Leo are the other local products.

The local dish is ”Rabbit with fennel”.

What is “BORGO”. The literal translation of Borgo in English would be “Village”. But the term Village does not fully explain what a “Borgo” is. A “Borgo” is a fascinating small Italian town, generally fortified and dating back to the period from the Middle Ages to the Renaissance.
Category: Emilia - Romagna2 March 2018