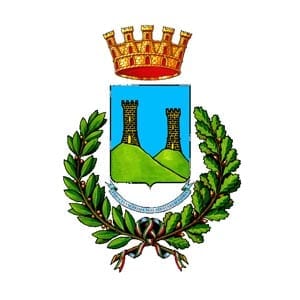 A document of the  X century A.D. mentions a Veruculi castrum owned by the Carpegna family. The name derives from the Latin wart,  meaning  “protrusion” or “high ground”.

Verucchio is located on a hill in the lower Marecchia valley, on the border with Montefeltro and the Republic of San Marino. The extraordinary shape of the place has determined its history, because since the Iron Age it has been exploited as a natural fortress. Remains of a Villanovano-Etruscan village (9th-7th century BC) are still visible in the necropolises discovered in these lands marked by the presence of the Marecchia river which once, as the name suggests, was truly a “small sea”. Its springs, near the Tiber valley, allowed the connection between the Adriatic and the Tyrrhenian Sea.

With the passage from the Roman to the Medieval age, Verucchio became the cradle of the famous Malatesta family. It is under their rule that the urban structure that Verucchio still preserves took its shape.

You can start your visit from the airy Piazza Malatesta, overlooked by elegant eighteenth and nineteenth-century buildings, including the Town Hall. Going up Via San Martino, you’ll reach the Collegiate Church, built in 1863 and containing valuable works of art, such as the crucifix by the “Master of Verucchio” (first half of the fourteenth century), the crucifix by Nicholas of Paradise (early fourteenth century) and the canvas by Centino depicting St. Martin and the beggar (1655).

On the two peaks of the mountain, there are still the Malatesta fortifications: the Passerello fortress  in the hamlet with the same name, transformed in the seventeenth century into an austere convent for women, and the Sasso fortress, built in the thirteenth century by the founder of the dynasty, Malatesta da Verucchio called “Mastin Vecchio”, mentioned by Dante in the Comedy. The walls, towers, prisons, palatium, panoramic terrace with a view of the Marecchia valley and the rooftops of Verucchio, are now the backdrop for conferences, exhibitions and events such as the Verucchio Music Festival.

From the top of the fortress you can see the two hamlets of Passerello and Sant’Andrea, enclosed within the medieval walls, and the Sant’Antonio hamlet below, which preserves the narrow streets and houses of the ancient countryside. In the Sant’Andrea hamlet, do not miss to visit the fifteenth century bell tower, with the public bell of 1684 still in use, and the convent of Sant’Agostino where the Archaeological Museum is located.

Near Verucchio we recommend visiting the Romanesque parish church of San Martino dated 990, and the Franciscan convent, one of the oldest in Italy, in whose cloister is kept a cypress that is said to be planted by St. Francis himself.

The most outstanding dish is  cappelletti in broth cooked according to a  local recipe and, in winter, zavardona, a sort of large maltagliati (a type of homemade pasta) seasoned with stracchino cheese and rich sauce.

What is “BORGO”. The literal translation of Borgo in English would be “Village”. But the term Village does not fully explain what a “Borgo” is. A “Borgo” is a fascinating small Italian town, generally fortified and dating back to the period from the Middle Ages to the Renaissance.
Category: Emilia - Romagna26 March 2018