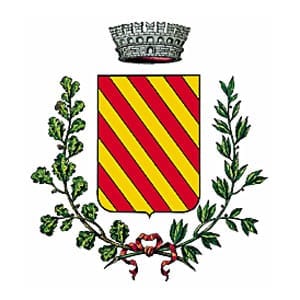 The place name derives from the Latin Burgum Finarii, a border land  in Roman times and administrative center of the Del Carretto marquis between XIV e XVI century.

The borgo is surrounded by well preserved medieval walls with towers and gates. Here visitors can immediately feel an atmosphere of protection and welcome.

Narrow streets, beautiful squares, gates, columns and other elements are made with the local “stone of Finale”. The great monuments (the Renaissance and Baroque palaces, the Basilica of San Biagio, the complex of Santa Caterina) are the emblem of the strength of Finalborgo, while the shops and the workshops express its vivacity.

The Borgo is still alive, with its squares, meeting places and commercial activities and  is embellished by the 15th century Renaissance palaces, modified during the period of the Spanish domination.  Palazzo del Municipio (Town Hall), Palazzo Cavassola (which hosted Pope Pius VII), Palazzo Gallesio, Palazzo Brunengo in Piazza Aycardi, and Palazzo del Tribunale are an important heritage, but the borgo’s most important monument is the Basilica of San Biagio, in Baroque style.  It was built in  the 17th century on a former medieval church (1372), of which it preserves the apse and the daring octagonal bell tower (1463) in late Gothic style. The stone façade is unfinished, the interior is amazing with its various embellishments.

The church of Santa Caterina and the Dominican complex of Finalborgo were built approximately in 1360, after the death of the marquis Giorgio I Del Carretto, when his widow decided to build a noble church to house the body of her husband. The convent was transformed in a prison from 1863 to 1964, but its beauty has remained intact.

Do not miss to visit Teatro Aycardi, a historic theatre  included in the list of protected Italian monuments.

The testa in cassetta is a pork sausage produced in this area. The local dish is: handmade ravioli with borage.

What is “BORGO”. The literal translation of Borgo in English would be “Village”. But the term Village does not fully explain what a “Borgo” is. A “Borgo” is a fascinating small Italian town, generally fortified and dating back to the period from the Middle Ages to the Renaissance.
Category: Liguria9 January 2018