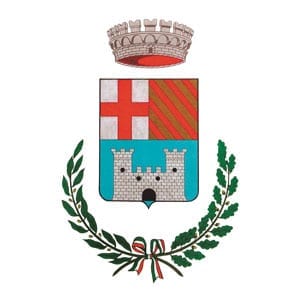 The name derives from the Marquis Clavesana’s castle, which stood in a defensive position on a hill overlooking the narrow valley. Today you can see only the ruins of the castle.

Colletta di Castelbianco was just a picturesque heap of ruins when someone had the idea of saving it from complete destruction, making it one of the first examples of a European telematic medieval village.

Restored by Giancarlo De Carlo, a famous designer, today the borgo is like a bridge between the past and the future, with its stone houses that dominate the hills, the carruggi (alleys, typical of Ligurian towns), squares, terraces, white framed windows and all the electronic equipment to be connected to rest of the world.

Certainly, this intervention is arguable. It has been criticized by some because, had it not been for its greenery, the borgo could seem more like a Berber village, with its roofs cut to make terraces; and exalted by others, such as the British who have rewarded De Carlo’s work with the  “Best Restoration” award in the 2006 Overseas Homes Awards

In spite of the final result, Colletta is no longer a mass of ruins and from its windows you can have a spectacular view of  the valley.

In Colletta you can relax, enjoy the silence and think and “take your time”. Time to wander around its surroundings, looking for the tastes and smells of this area, rich in thyme, rosemary, mushrooms and cherries, and  to take in  the beauties of the other hamlets, such  as the Church of  Assunta a Veravo that dominates the valley, and the baroque Chapel of Annuziata a Vesallo.

Cherries have always been appreciated in the vegetables markets of the Riviera di Ponente and they have recently been added to a list of official products by the  Ligurian Region.

Do not forget the exquisite extra virgin olive oil produced from taggiasche, merline, pignole and cevasch olives, which are all cold pressed.

What is “BORGO”. The literal translation of Borgo in English would be “Village”. But the term Village does not fully explains what a “Borgo” is. A “Borgo” is a fascinating small Italian town, generally fortified and dating back to the period from the Middle Ages to the Renaissance.
Category: Liguria26 February 2018